But don't worry, he's opening a juice and aloe bar on Seventh Avenue. 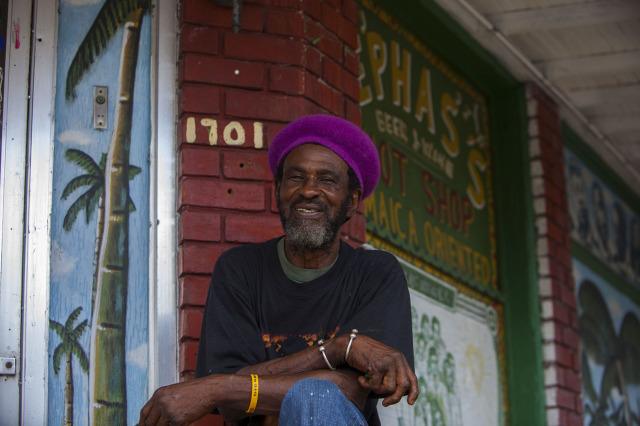 Cephas Gilbert tells it like it is. He did it years ago, when I first visited his Fourth Avenue shake shack and he correctly guessed my height and weight.

“You’re fat,” he said afterwards. He told me to stop eating shrimp, too. It was his way of telling me I could afford to make healthier eating decisions. He was right. So I had one of his icy aloe shakes. And when I ate jerk chicken from Cephas’ restaurant, I almost always got veggies as a side inside of rice.

“Good choice,” Cephas would say about my small victory. For a short period of my life, I spent a lot of time in the shake window, watching DVDs of Cephas, now 68 years old, talking about aloe and waiting on a box of food. On cold nights, I warmed up with his tamarind tea.

In a lot of ways, being around Cephas is a way to engage in the kind of straight talk most of our friends don’t give us. Cephas’ brand of kindness is rare in this day and age, and it’ll be missed when his restaurant — located on the corner of Fourth Avenue and 17th Street in Ybor City for almost 40 years — closes its doors at the end of November.

That’s according to the Tampa Bay Times, which shared the news, along with some cool portraits by Octavio Jones, this morning.

The good news for Ybor City, however, is that Cephas plans on opening a juice and aloe bar inside of Tequila’s Mexican restaurant at 1613 E. 7th Ave. Tequila’s owner Jason Fernandez told the Times that buildout on Cephas’ corner of the Tequila’s courtyard begins soon, which means that you’ll be able to buy an aloe shake (along with tamarind juice, carrot juice and more) on your way to the bar.