The Cuban Sandwich festival is happening in Ybor this weekend, too.

Chanko
Although Chop Chop Shop customers were dismayed by chef Steve Sera’s seemingly abrupt decision to close the popular Asian fusion restaurant, he’s hoping that they’ll stick around for his brand new concept opening out of the same Seminole Heights space. His new restaurant Chanko will debut out of the familiar refurbished diner car with a brand new menu, unprecedented approach to fast casual dining, and the support of his entire former CCS staff. The Chanko menu is smaller, more refined, and revolves around a traditional Japanese dish that Sera says cannot be found anywhere else in the Southeastern part of the country, let alone Florida. The star is the menu is Sera’s modern take on the Hiroshima-style okonomiyaki—a layered crepe dish stacked with shredded grilled cabbage, bean sprouts, leeks, grilled noodles and more—while other categories include kare, a Japanese curry and rice dishes topped with katsu. 4603 N Florida Ave., Tampa. chanko-ichiban.com

Datz’s bakery ‘Dough’ to give away free doughnuts Friday, June 3 is National Doughnut Day, and Datz and its sweet counterpart Dough will dish out exclusive treats in celebration. All three Datz locations—in St. Petersburg, South Tampa and Riverview—will participate in the launch of its new Nashville hot chicken doughnut sandwich, while the standalone Dough storefront will offer a free doughnut with any purchase of a coffee or dessert. Dough, located at 2602 S MacDill Ave. in South Tampa, will also use next week’s holiday to launch its newest and most Tampa-fied flavor yet—the guava and cheese doughnut. Datz’s hot chicken sandwich is complete with fried chicken tenders tossed in a red-hot sauce, honey drizzle and pickles— all between two fluffy cinnamon sugar doughnuts. bestdoughnuts.com

All 38 of OddFellows’ ice cream flavors ranked  Sampling 38 scoops of ice cream flavors isn't for the weak, but someone had to do it, one cute, colorful sample cup at a time. Oddfellows NYC opened in Hyde Park Village mid-December 2021 and from being inside for a bit, it's easy to see why it's popular with Tampa residents, including the little kids coming in with their parents and grandparents for an after school treat. Flavors at Oddfellows range from simple, basic vanilla to more advanced and complex takes like cheddar apple, and I tried them all. Here are the best ice cream flavors at Tampa's Oddfellows NYC in Hyde Park Village, ranked. 718 S Village Cir., Tampa—
—Alexandria Jones

11th Annual Tampa Bay Cuban Festival heads to Ybor City Whether you think lettuce and tomato belong on the Cuban sandwich or not is debatable, but folks from both sides of that heated argument will definitely be in Ybor City for an annual celebration of the Tampeño classic. The 11th annual Cuban Sandwich Festival returns to Ybor City’s Centennial Park on Sunday, May 29. In addition to the plethora of pork-stuffed sammies to choose from, there will be local vendors and artists scattered throughout the festival grounds, alongside live music and dancing. It's website says there'll be over 50 vendors present at this month’s celebration for the festivities running from noon-6 p.m. Restaurants from Tampa Bay and beyond travel to the annual festival to battle in its fiercely-contended “Best Cuban Sandwich” competition.  1800 E 8th Ave., Ybor City.  cubansandwichfestival.com

Bar Rescue’s “The Loft” hosts a Cerealholic popup this week John Taffer might have changed Tampa’s Cerealholic Cafe And Bar to the new and improved Loft Elevated Bar + Food, but the restaurant still plans to pay homage to its predecessor by hosting a cereal-filled pop-up, happening on June 1. If you miss its sweet menu, board games and nostalgic decor, then make sure to head to Ybor City for this exclusive revival. Cerealholic-lovers can expect its Bedrock chicken tenders, handcrafted milkshakes, Cerealholic-sauced chicken wings, and the popular “Hit the Road Jack” Burger, infused with Apple Jacks. Its Facebook event page states that reservations are encouraged, so call (813) 562-9411 to snag your table now.  1909 N 15th St., Ybor City. facebook.com/theloftyborcity 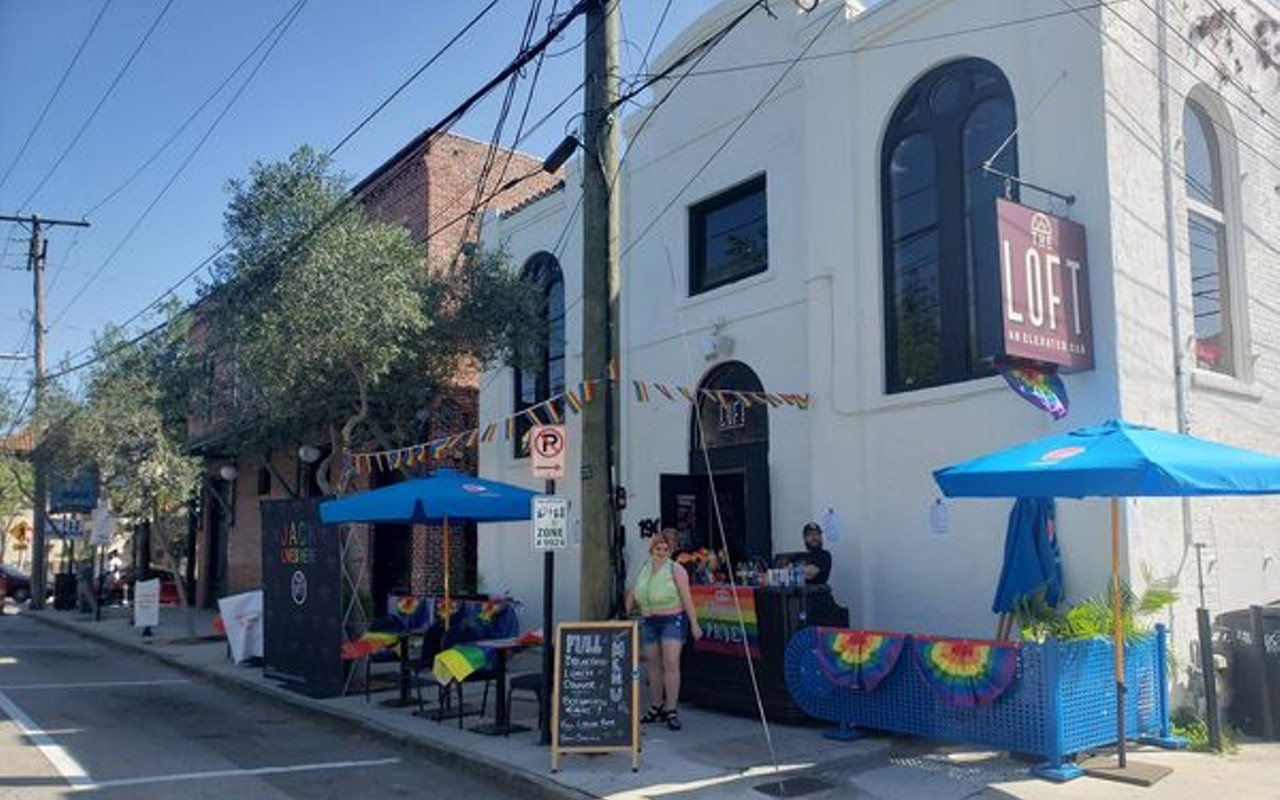