Its highly-anticipated soft opening will take place on Oct. 25. 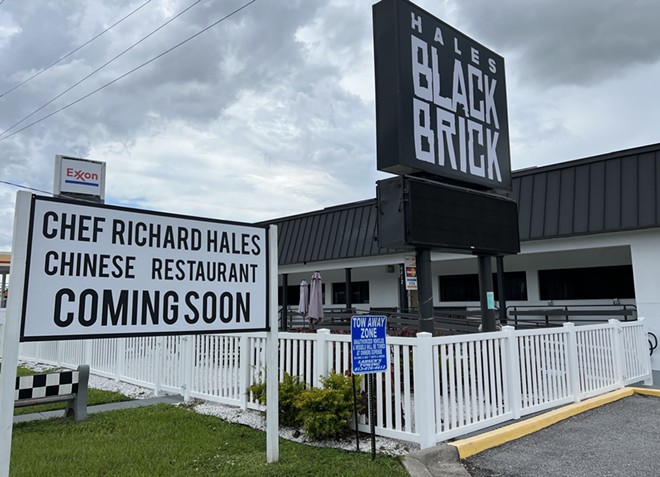 Located at 4812 N Dale Mabry Hwy., Richard Hales’ modern Chinese restaurant Blackbrick will soft open on Tuesday, Oct. 25, and dinner reservations for its debut week are now available on resy.com. With a menu stacked with savory dumplings and a newly-renovated interior, Tampa's  Blackbrick’s will be Chef Hales' first restaurant in his hometown.

And for those who prefer a fork and knife over chopsticks, there’s even a section with Americanized classics like General Tso’s alligator, crispy honey chicken and sweet and sour pork.

Average lunch prices hover around $19 per person and $39 for dinner. For those that would like to splurge, there are a few upscale items like caviar by the ounce, “Hawaiian Cowboy” ribeye steaks and an exclusive chef’s tasting menu.  And if you just can’t get enough of Blackbrick’s Xiao Long Bao soup dumplings, you can purchase them frozen on your way out. 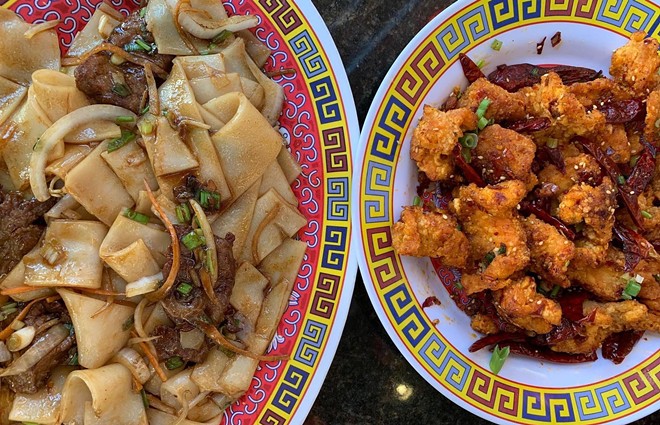 The location itself—an incredibly prime spot near Raymond James Stadium and the ever-growing Midtown Tampa development—will seat 150 total patrons, 98 inside and 52 outside, Hales told Creative Loafing Tampa Bay. Blackbrick will also have an outdoor patio with its own to-go menu for folks that are pregaming an event at the stadium.

The upcoming Chinese restaurant will open out of the former diner Pop N Sons, which closed in March 2020 in the beginning of the pandemic. It was owned and operated by the same family for upwards of 45 years before Hales purchased the nostalgia-filled space a little over two years ago.

Originally, Hales stated that he wanted to reopen the iconic roadside diner before the 2021 Super Bowl. In mid-2021, Hales then realized the stadium-adjacent space was better suited for his “contemporary countryside” concept, Bird & Bone. At the end of last year, however, he announced that his “Diners, Drive-ins and Dives”-famous Chinese eatery Blackbrick would replace Bird & Bone, which never got past early development. 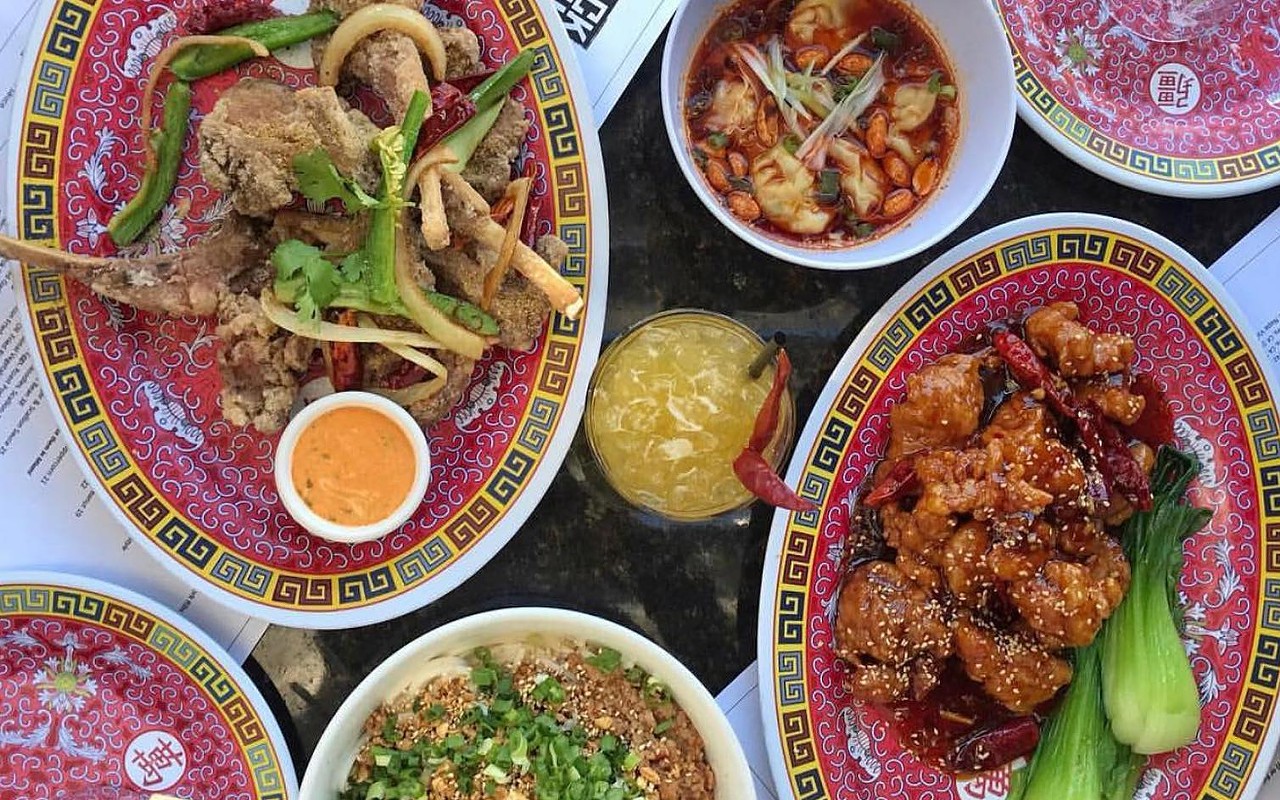 "Looking back on it, I purchased the diner at a questionable time, in the middle of COVID," Hales told CL. "The space was actually supposed to be a Blackbrick in the first place, but I ended up falling in love with the idea of continuing Pop N Sons because of its history."

After realizing that revamping Pop N Sons wasn't the right move, he pivoted towards Bird & Bone because that concept had recently-closed in Miami and offered American food that the diner's grieving customers could appreciate. But when he announced Bird & Bone, he received negative feedback from Pop N Sons patrons who were upset that he was going to change their beloved diner.

"I realized that the transition away from the diner to any new concept wasn't going to be smooth anyways, so I decided to just go with our original idea," Hales says.  "Tampa is already overran with steakhouses anyways, and yes there's Chinese restaurants here, but they're nothing like what we do."

Loaded with techniques and flavors that Hales learned firsthand in various Chinese regions like Hong Kong, Sichuan, Xiangang and Shanghai, Blackbrick will offer his Florida twist on Chinese classics.

In addition to South Florida’s flagship Blackbrick, Hales and his restaurant group Grateful Hospitality alo own and operate Miami’s Society BBQ. In late 2020, Hales told CL that he planned to bring his BBQ concept to Tampa, after relocating his family from Miami to his hometown. Tampa Bay's Society BBQ never came into fruition as focus soon shifted to Blackbrick, but Hales states that those plans are just on the back burner.

Although Blackbrick is his debut Tampa eatery, Hales has longevity on his mind hopes to open a second location either north of Tampa or across the bridge in Pinellas County.

"Tampa's food scene feels like what Miami's food scene felt like 20 years ago. There's this energy where people are doing new things. I feel like the customers here are very devoted to restaurants and honestly, Tampa just feels like home to me," he added.

After the modern Chinese restaurant soft opens next month, it will operate with limited hours of 11 a.m.-2 p.m. and 4 p.m.-9 p.m. Monday-Thursday, and 11 a.m.-11 p.m. on Fridays and Saturdays. There will only be bar and outdoor seating on the weekends for the time being, in addition to a dumpling and cocktail happy hour from 2 p.m.-5 p.m. every day.

Blackbrick is only a few weeks away from announcing its official soft opening date, so follow its Instagram and Facebook, both at @halesblackbrick, for the latest news on Tampa’s newest Chinese restaurant.