Shop-and-dine outings at downtown St. Pete's Locale Market to be "organic and ever-changing."

Meaghan Habuda
Locale's weather vane symbolizes the blending of Mina and Pintabona's influences, west and east, within the market.


The hard-to-miss signage is up along Second Street North in downtown St. Pete.

And Sundial passers-by may now peek into the no-longer-covered storefront of chefs Michael Mina and Don Pintabona's Locale Market, which transforms each day as the lauded duo's more than 20,000-square-foot foodie paradise, and we mean paradise, much like Mario Batali's Eataly, comes together.

After a tour of the bold upstairs-downstairs project Friday, Pintabona, who relocated to Pass-a-Grille for Locale, said he's raring to get back in the kitchen. Patrons can expect to see him cooking at the gourmet market, which he and Mina are calling a "culinary experience."

As a chef-driven market, with 11 kitchens (think stations) and rotating take-home and ready-to-eat offerings such as seafood, meat, produce, house-made ice cream, antipasti, baked goods and way more, Locale is focused on the grub — largely local and seasonal — but also on those who supply it, cook it and consume it.

Pintabona approached the Palmetto-based Faithful Farms folks as they unloaded a truck of their hydroponic produce, and recruited them as vendors. He rode a vessel helmed by Bradenton's Two Docks Shellfish, which will provide Locale's clams, more than once. He's talked with residents, soap makers and other purveyors, and explores popular haunts like the Saturday Morning Market.

"[Finding vendors] was a domino effect," Pintabona said. "Everyone was so willing to share."

By exposing the region to more neighborhood farms and vendors, Locale aims to be an incubator for smaller operations that can keep up with demand. Many local bizes that the market will feature have been around two years at most.

"I know we've touched a lot of people, but there's so much more out there," he said.

According to Pintabona, who left the supermarket industry when he was 16 years old, he and Mina's values on food and humanity, on staff and good work ethic, were very much in line when they met at Robert De Niro's Tribeca Grill in 1990. It's why the pair's remained pals for so long, and how Locale slowly evolved.

The restaurateurs discussed opening a market together for a while, Pintabona said, once people began to take markets more seriously. However, they weren't set on a location. When Mina mentioned St. Petersburg, Pintabona was familiar with the city from his time at USF Tampa ("Tampa's always been like a second home to me"). But he hadn't been to St. Pete since 1980.

After one visit, though, it was settled.

"Seeing the vibrancy... I was just blown away," Pintabona said.

On the top and bottom floors, indoor and outdoor seating will support the market's shopping-meets-dining concept. There's no culinary caution tape between the two.

Downstairs, patrons will score items such as fresh juices and pastas, 60-day-aged beef from the dry-aging room, which is stocked with 196 blocks of pink Himalayan salt, and grab-and-go sandwiches from Locale's panini or grilled cheese "programs."

They may browse while indulging, or eat and then shop.

And the same goes for upstairs, where patrons will find an extensive wine and craft beer selection, cheese and charcuterie, a wine bar, the market's FarmTable Kitchen and more.

While the wine bar, with eats like small-plate entrees, will be first-come, first-served, FarmTable diners will need to make online reservations to snag seats at communal tables (there are three, including one in a private dining room) for multicourse, farmhouse-inspired meals.

The bill of fare will differ at both, ensuring two different eating encounters.

Although Pintabona didn't confirm the market's opening date, he said he's in commander mode, concentrated on the finishing touches. He and Mina plan to highlight 10 in-season items throughout different parts of Locale every month to further the experience.

"It's not like we have to carry everything every day," Pintabona said. "We want it to be organic and ever-changing. In a market setting, we can do that.

We're specifically not sticking to a formula." 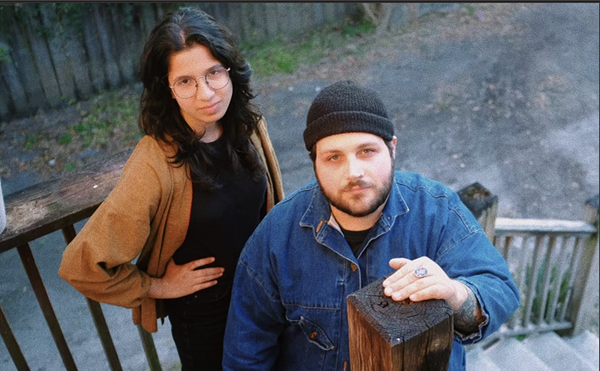