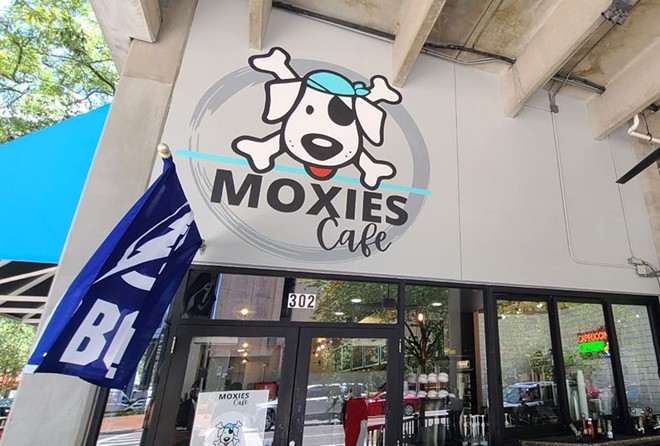 Ray Roa
The new Moxies is just a short walksie from the old one.

Moxies Cafe is now open at its new location at 302 E Kennedy Blvd.—only a few blocks away from its previous space at 514 N Tampa St.

The cafe’s Facebook announced its first day open at the new space last week, months after news that its 17-year-old home near the Dohring Building just two blocks away was up for demolition and two weeks after closing the old spot altogether. (Tampa's Historic Preservation Committee has since asked city council to consider stopping the demolition.)

Although Moxies has moved down the street, the menu features the same made-to-order sandwiches, salads, omelettes, breakfast parfaits and wraps. According to an  employee of the popular cafe, the only options they no longer carry are the veggie and gyro sandwiches and bowls.

Many of its sandwiches and other dishes can also be made vegetarian or vegan upon request. Beverage options include hot and iced lattes, coffee, cold brew, matcha and  smoothies. Tampa property including Moxie's, Dohring building has been sold and will be demolished: Developers said the downtown businesses will remain in place through most of 2022.

In December of 2021, it was announced that downtown Tampa's Dohring building—which housed Moxie's previous location alongside First Watch and Bamboozle—had been  purchased by South Florida developer Kolter Group.  Bamboozle's Tampa Street location, next to Moxies, already announced a move to Seminole Heights.

Moxie's is now open on Kennedy Boulevard from 7:30 a.m.-2:30  p.m.  Monday-Friday. For more information, head to @moxiescafe on Facebook or moxiesdowntown.com.