Key lime pie is getting fried, too. 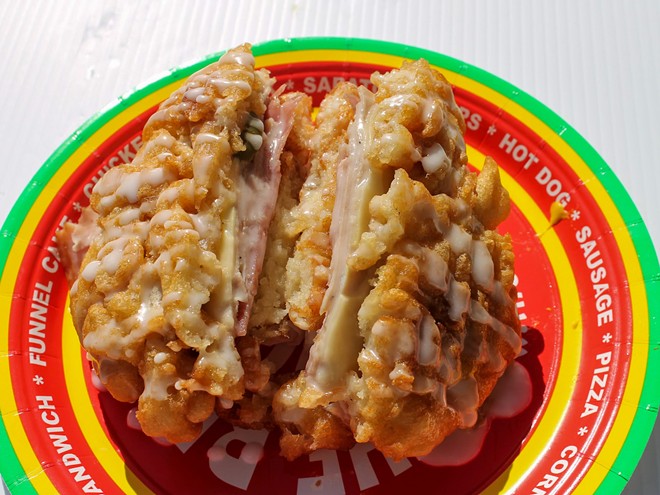 It's unclear why it took so long to come up with, but the classic Tampa Cuban is getting a remix when the fair puts its insides—ham, roast pork, salami, Swiss cheese, pickles and mustard—between two funnel cakes topped with doughnut glaze. I mean, just look at that thing.

Another very-Florida food, Key lime pie, gets some attention thanks to a fried version featuring Key lime pie filling, graham crackers and buttercream frosting atop mini donuts, but the rest of the new additions are pretty familiar. See a list of Florida State Fair's new food options for 2023, as described in a press release, below.

Read his 2016 intro letter and disclosures from 2022 and 2021. Ray Roa started freelancing for Creative Loafing Tampa in January 2011 and was hired as music editor in August 2016. He became Editor-In-Chief in August 2019. Past work can be seen at Suburban Apologist, Tampa Bay Times, Consequence of Sound and The...
Scroll to read more Food News articles