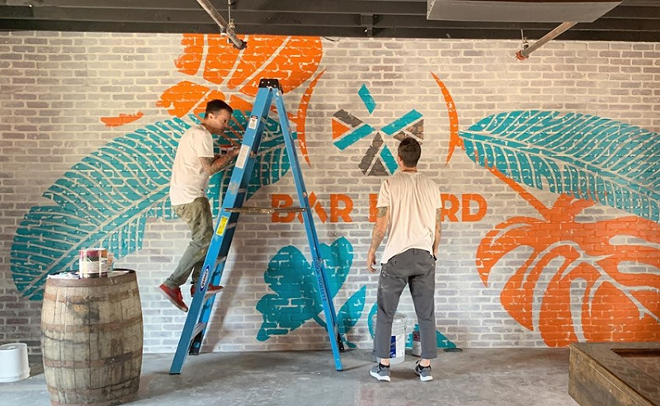 According to Bar Hwrd's Facebook, the concept will be a place "to meet socialize, enjoy entertainment & events in the SoHo District."

As for the menu, get ready for handcrafted cocktails and what looks to be a variety of tacos as well as some seafood dishes. We won't jump the gun, however, since Bar Hwrd has been a little stingy when it comes to public details.

Last month the concept began hiring for all positions from line cooks and bartenders to security hosts. With every social media post. the forthcoming restaurant hints that the opening date is around the corner, but what's even more interesting is an Instagram post on the @barhwrdtampa page saying that "Chef Rene Valenzuela (Taco Bus Founder) is looking for your help for our new food concept SoHo Fuego 🔥Come by Monday September 9th and learn more."

The address listed in 302 S. Howard, which make us wonder if Bar Hwrd will be the official home of Valenzuela's new concept. We've reached out to Bar Hwrd for clarification. Expect more details to come as construction continues and the opening date is announced.