Fortu coming to St. Pete, Beerbusters is about to bust, and more in Tampa Bay food news

And Tampa's Big Ray's Fish Camp gears up for its Food Network debut. 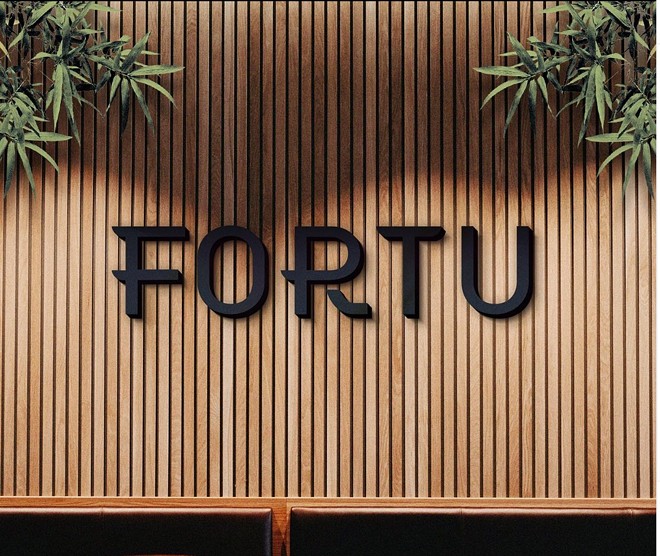 Beerbusters If anyone in the Tampa Bay area still has their frayed Blockbuster card, there's a Pinellas Park business created with you in mind. Adorned with those familiar yellow walls and blue carpet, several shelves worth of DVDs and movie posters at every corner, Beerbusters is nostalgia-driven space that appeals to film buffs, craft beer-lovers and nerds alike. Beerbusters is stocked with hundreds of films, a craft beer bar, a kitchen that will dish out movie snacks, and plenty of space for movie-watching parties and game nights. There's even a “haunted hallway" to the bathroom that features old horror movie posters and a handmade coffin shelf that holds spooky films available for rent. It will cost $1 a day to rent any movie in the store, but he also plans to offer a movie pass, where folks can rent an unlimited amount of movies for $10 a month. If Beerbusters passes a final inspection this week, owner (and sole employee) William Dieli tells Creative Loafing Tampa Bay that his niche business can soft open sometime this week. 6836 N Park Blvd. N, Pinellas Park. @beerbustersmoviebar on Facebook

USF's Buddy Brew Buddy Brew, the Tampa-based coffee roaster and chain, will soon be at the disposal of sleep-deprived college students at USF's Tampa campus. The chain's newest location is set to open in the new Judy Genshaft Honors College, an 85,000 square-foot facility dedicated to the university's longest-serving president, Judy Genshaft, set to open in spring of 2023. According to the Tampa Bay Business Journal, the cafe will be located on the first floor of the five-story building. Buddy Brew—an ode to owners Dave and Susan Ward's dog, Buddy—first began as online coffee retailers until opening their first store in Tampa. Today, the chain has 10 operating outposts—including locations in Sarasota, Tampa International Airport and well-known food hall, Armature works—with more slated to open. 4202 E Fowler Ave., Tampa. usf.edu —Molly Ryan
Coming soon

Alello After endless months of construction and brand development, comes a new concept opening out of two familiar spaces. Allelo, an upscale Mediterranean restaurant, will open out of the former Annata and Alto Mare locations at 300 Beach Dr. NE in downtown St. Petersburg. The concept is a joint effort from Pinellas-based philanthropists Sean and Jeanna Damkoehler and Volet Hospitality Group—which also operates Allelo's future neighbors 400 Beach Seafood & Tap House—as the Tampa Bay Time reports. Together, they purchased both Annata and its neighbor Alto Mare from Kurt and Mary Cuccaro—the folks that own popular Italian market Mazzarro's—in late-2020, and have been working on the joint space since. If all goes well, Beach Drive's newest restaurant will be open as early as Saturday, Sept. 17, although that grand opening date isn't set in stone. Annata was known for its vast selection of wines and charcuterie boards, while Alto Mare made waves with its seafood towers and raw bar—aspects that Allelo will pay homage to with its Mediterranean-themed cuisine. Guests can expect dishes like grilled octopus, East Coast oysters, smoked fish spread and build-your-own charcuterie spreads when Allelo debuts soon. 300 Beach Dr. NE, St. Petersburg. @allelostpete on Facebook

Fortu Just when you think St. Pete has enough Asian fusion restaurants, comes the announcement of a new steakhouse opening at one of the most prime locations in downtown. Fortu, a new concept from local restaurateur Shan Bakrac, will debut at 95 Central Ave. sometime this winter. The Beach Drive-adjacent space was formerly home to popular tapas bar and restaurant Ceviche, which now resides a few blocks away at 332 Beach Dr. NE. St. Pete sorely miss the Latin dancing nights at Ceviche's old basement in the historic Ponce de Leon Hotel, so perhaps Fortu's extensive Asian fusion menu will win them over. St. Pete Rising detailed Fortu's eclectic menu of various cuts of steak—including highly-coveted and expensive Japanese wagyu—Korean fried chicken, locally-sourced seafood dishes, dumplings and high end sushi platters and more. Its upscale fusion menu will be accompanied by an extensive list of signature cocktails (with a focus on aged Japanese whiskey), in addition to expected beer, sake and wines.  95 Central Ave., St. Petersburg. @forturestaurant on Instagram

Dunedin waterfront restaurant Bon Appétit will soon have new owners A beloved Dunedin restaurant is experiencing a shift in ownership. The Tampa Bay Times recently reported that Bon Appétit is in the process of being sold to the owners of Crabby Bill's, the casual seafood chain with locations throughout the Bay area. Crabby Bill's CEO Matt Loder Sr. told the Times that the sale will most likely be finalized by the end of 2022. Although Loder and his business will take over operations at Bon Appétit, he states that the restaurant's menu, staff, and overall atmosphere will remain the same. While Crabby Bill's is a no frills, casual eatery and Bon Appétit is a self-described fine dining establishment, the two restaurants both boast seafood-oriented menus and waterfront locations.Peter Kreuziger and Chef Karl Riedl opened the restaurant in 1976, and has garnered several awards and accolades since. Besides the tasty views of St. Joseph’s Sound, Bon Appétit is known for its upscale menu of surf n’ turf, black grouper, New Zealand lamb, baked snails and shrimp fettuccine, alongside signature drinks and an extensive wine list. 148 Marina Plaza, Dunedin.  bonappetitrestaurant.com

The Feinstein Group implements new commission-based pay model, but not without criticism In the sleepy beach town of Dunedin, a new compensation model for restaurant workers is rocking the boat. The changes are now implemented at the Black Pearl, The Living Room and Sonder Social Club, all owned and operated by The Feinstein Group. In the most simple terms, the change moves tipped employees at their restaurants to a commission based model. The pivot is an attempt by the Feinsteins to get ahead of the increase in the minimum wage of $15 and provide a living wage not just for servers and bartenders but for TFG cooks, expos, dishwashers and other back of house staff, plus front of house staff like bussers and bar backs. The change did not come easy, either, as some employees claim they were fired after opposing the new model. tfg.ventures

Big Ray's Fish Camp to be featured on Food Network Tampa Bay restaurants are no stranger to television, and a classic institution in South Tampa is about to get a little much-deserved screen time. Big Ray's Fish Camp has a slightly newer second location at Sail Plaza in downtown Tampa, but the original spot, located at 6116 Interbay Blvd. will be the star of an upcoming episode of comedian John Catucci's "Big Food Bucket List" on the Food Network Canada. The fish shack posted about the upcoming episode on its Instagram yesterday, saying the show will first air in Canada on Sept. 3 at 8 p.m. EST, in the States on Oct. 8 at 8 p.m. EST, and later streaming on Hulu. Owned by Nick Cruz, brother of Mayor Jane Castor's partner Ana Cruz, the South joint has been a staple of the area since 2015, serving unique takes on everything from grouper sandos to lobster corn dogs. 6116 Interbay Blvd., Tampa.  bigraysfishcamp.com —Colin Wolf

Kahwa Coffee announces plans to franchise After opening 15 corporate-owned locations over the last 16 years, the St. Pete-based company announced plans to make franchise opportunities available first in Florida and then in other territories.

Cocktails for Ukraine at Willa's Hosted by the Litvinenko family, who are from Ukraine and friends of the restaurant, and Willa's lead bartender Matthew Veronesi, the event on Sunday, Sept. 4 invites guests to experience three Ukrainian-inspired cocktails with a $35 donation. All donations will benefit Kostiantyn Matsipura, a Ukrainian citizen who has been bringing food from his restaurant in the city of Ternopil to hospitals, schools and anyone in need. 5 p.m. 1700 W Fig St., Tampa