Georgie's Alibi to close in St. Pete after 15 years

Folks have until Sept. 19 to stop by Georgie's Alibi in St. Petersburg one last time. 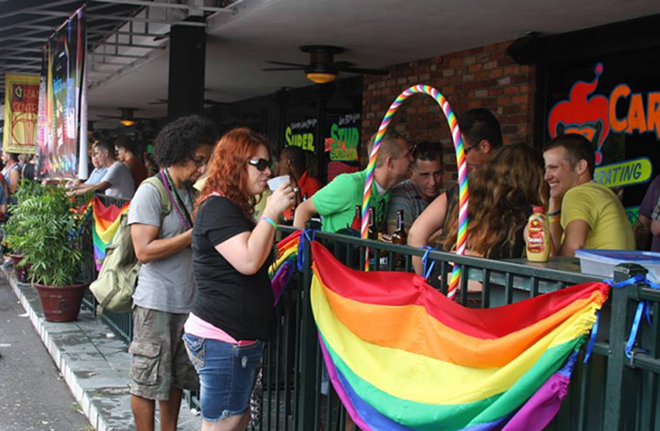 Georgie's Alibi St. Petersburg via Facebook
An LGBT stalwart, Georgie's is near the start of the St. Pete Pride Parade.

A hangout for sports fans, diners and those who like to dance, the 15-year-old watering hole announced in a Facebook update on Wednesday that its location at 3100 Third Ave. N. has been sold to a developer.

"It is with great sadness and a heavy heart that we announce the 'rumors' are true and Georgie's Alibi St. Petersburg will cease operations at the close of business on Saturday, September 19th," the post read. "The real estate and an adjoining parcel have been sold to a developer who plans on building new housing units."

The post also said the bar, like other gay venues around the country, was impacted by "technology and the greater acceptance of alternative lifestyles."

The original Georgie's, which operates in Wilton Manors, a suburb of Fort Lauderdale, opened in 1997.