There will also be giveaways and an exclusive merchandise drop happening at the anniversary celebration—in addition to its new collaborative Crocs Jibbitz that feature some of Tampa Bay’s favorite plant-based spots.

Specials that you can order this Saturday include Golden Dinosaurs’ spin on classic seafood dishes like coconut shrimp and fried fish sandwiches.  Popular items on its everyday menu range from Cuban sandwiches to Po' boys, chicken Caesar salads, mac and cheese and chili dogs—all dishes that will also be available during this weekend's celebration.

And if you can prove that you purchased something at Saturday’s party, you can receive a free doughnut from Golden Dinosaurs the following Monday (Aug. 1.) Popular doughnuts include blueberry lemon fritters and cookie dough blast, although its  flavors rotate weekly.

Husband and wife duo Brian and Audrey Dingeman opened Golden Dinosaurs in the summer of 2018, and have been dishing out some of the most creative and innovative plant-based meals in Tampa Bay since.

Audrey tells Creative Loafing Tampa Bay that her management team is in charge of running this Saturday's event, as her and Brian are busy getting their newest joint-venture, a vegan restaurant called Good Intentions, ready for its highly-anticipated grand opening. 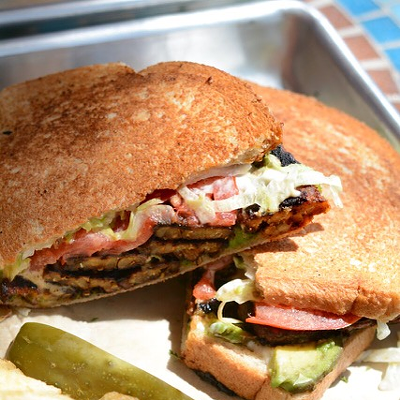 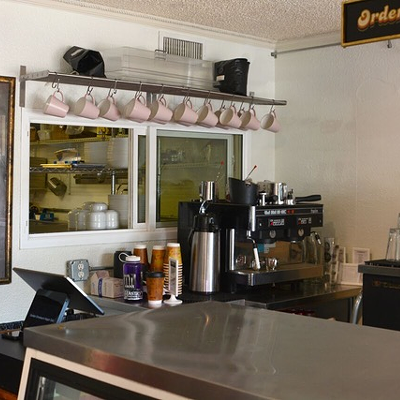 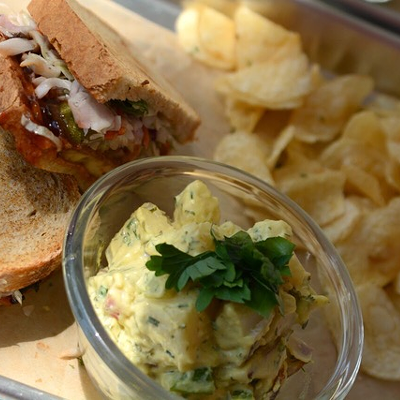