You've got some eating to do before they're gone. 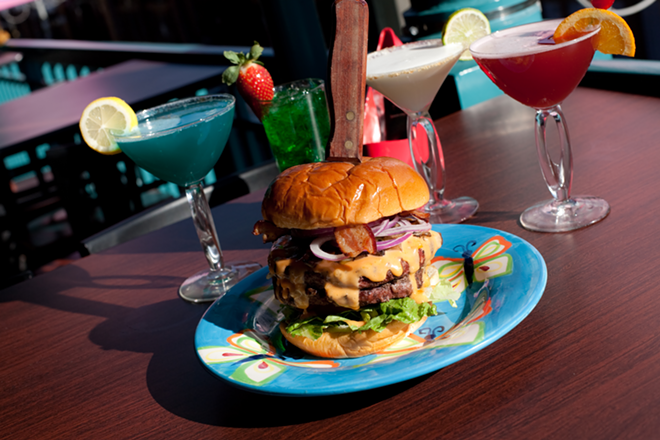 James Ostrand
Hamburger Mary's is known for serving up burgers as much as putting on charity events.

Hamburger Mary's has announced the Brandon and St. Petersburg locations will close by March 31, maybe even before then.

Why? Well, the post owner Kurt King made on the Hamburger Mary's St. Pete Facebook page kinda says it all.

According to the Feb. 26 post, after the Florida Department of Health in Hillsborough County took "false and discriminatory actions" against the popular bar and grill's Ybor City outpost, business in St. Pete and Brandon is "suppressed to the point where it is no longer possible to keep the doors open."

The health department identified a positive case of hepatitis A in an employee at Hamburger Mary's Ybor back in October, or so it said, and encouraged diners who ate there between Oct. 4 and 20 to get vaccinated as a precaution.

Dr. Douglas Holt, head of the FDOH in Hillsborough, told Wendy Ryan of ABC Action News he never personally saw a positive hepatitis A test for the Hamburger Mary's worker. Dr. Holt also said these cases, as the local news station put it, are "more prominent among gay men."

King has adamantly denied any of his employees tested positive for hepatitis A, going as far as to give ABC Action News a copy of the worker's lab results to prove it. He claims the health department targeted Hamburger Mary's "based on a false report and the perceived sexual orientation of its employees and customers."

"We have been hoping that the community that Mary has supported for years would stand by Mary in her time of need, and many have, but not enough to overcome the damage caused by Dr. Holt's prejudice," continues the Facebook post (read it in full below).

District 5 County Commissioner Mariella Smith challenged Dr. Holt about his interview with ABC Action News in a meeting last month, when supporters of the restaurant asked commissioners to hold the health department accountable. Unfortunately, they don't have jurisdiction over the FDOH in Hillsborough — the state does.

"There was a statement that you made publicly that offended many people, and the statement that was made on ABC Action News was that in looking for hepatitis, 'We should fish where the fish are,'" Smith said, "This was an insincere statement in my view and it should not have been made by a public health official."

A welcoming restaurant that celebrates diversity, Hamburger Mary's opened its first Tampa Bay location in Centro Ybor a decade ago. The Clearwater, St. Pete and Brandon outposts followed in 2013, 2016 and 2017, respectively.

The bar and grill is known for serving up burgers and drag queen bingo as much as putting on charity events. Hamburger Mary's Clearwater will be the only location left to patronize after Brandon and St. Pete close.

"The Brandon and St. Petersburg locations of Hamburger Mary's will try to stay open until March 31, 2019 to give Mary's dedicated staff time to earn some more money and find new jobs," the Facebook post says. "Please show your support for these hardworking men and women by visiting Mary's in either Brandon or St. Petersburg during March." 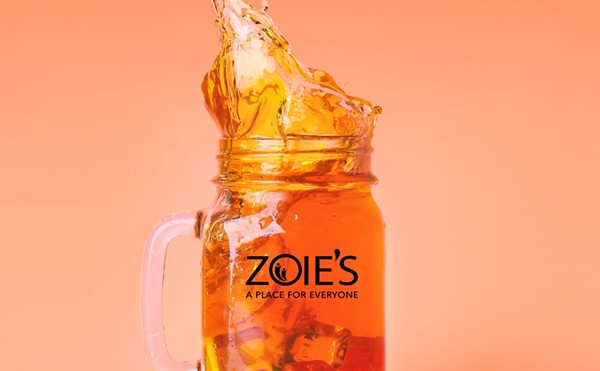