During Friday night's fourth annual Good Taste Series Culinary Competition at Grand Hyatt Tampa Bay, someone mentioned that the 2016 Tampa event featured 26 dishes. Can you imagine choosing the best plate from a spread of 26? I'm stressed even thinking about it.

Thankfully (or unfortunately, depending on how you look at it), this year's panel of judges — Mise en Place owner-chef Marty Blitz, Parkshore Grill executive chef Tyson Grant, and Epicurean Hotel and Haven executive chef Chad Johnson — were tasked with critiquing just 10 dishes dreamed up by Hyatt chefs from around the country. But the competitors' creations, graded on presentation, taste and use of food, weren't any less tasty.

The five participating chefs had to prepare two small reception-style plates that reflected "Food. Thoughtfully Sourced. Carefully Served," which Hyatt calls its "global food philosophy." Their entries also needed to incorporate a specific list of ingredients: quail, clams, heirloom tomatoes, cornbread and green tea. This Chopped fanatic was all in.

I'm obsessed with watching the Food Network show whenever I'm at the gym (I know it seems kinda counterproductive, but it makes my workout more fun). If there's a marathon on at any time of the day, I'm glued to the couch. The Good Taste Series felt like an episode of Chopped, but on a smaller scale.

(Not to mention I was trying to brainstorm what I'd make with those required ingredients and came up with... nothing.)

I was, however, surprised by the flavors of the ingredients; despite their distinct tastes, they didn't compete with each other. I could never develop those combinations, but these are culinary pros we're talking about, after all.

In the end, the 2017 winner was Pondiga, who made 1) grilled quail and a tamarind liquid sautéed clam with bacon and shrimp and 2) shrimp and chopped clam with a sweet Thai chili paste. I noticed my fellow attendees going back for seconds — and thirds. As the top competitor, Pondiga landed $500. The chef said he's "unsure what to spend it on."

Later this year, he and the winners from the Good Taste Series's other regional battles will go head-to-head during the Americas competition, hosted at the Hyatt Regency Tamaya Resort & Spa in Santa Ana Pueblo, New Mexico. 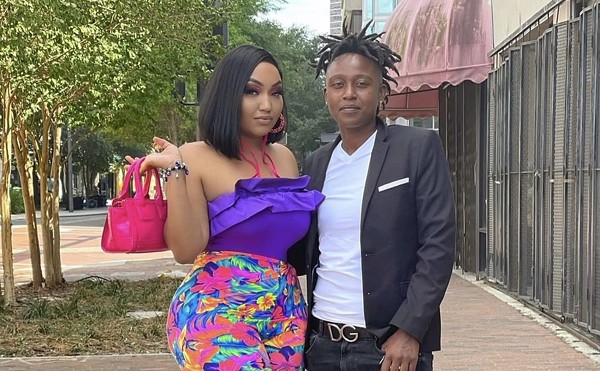