Ready for some fancy glizzies? 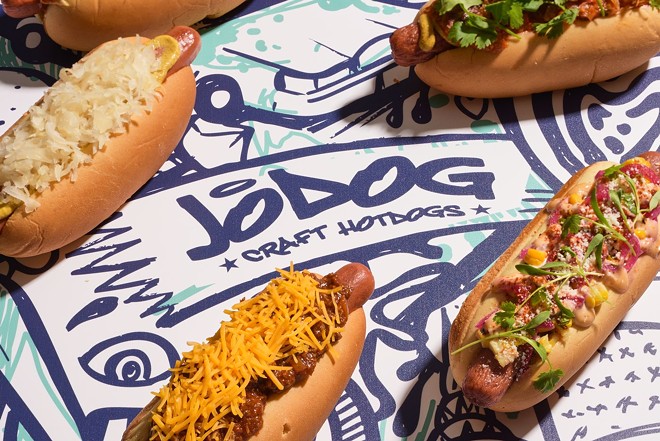 Far from simple ballpark wieners and Home Depot parking lot carts, this new quick-service concept will dish out “chef-inspired riffs on one of America’s most iconic food items,” according to a press release.

Chef Isidori received a Michelin star from his culinary work at the Trump International Hotel in Las Vegas (one of many Trump-related concepts he oversaw), and has since then opened several locations of his restaurant Black Tap Craft Burgers & Beer around the world.

Although Tampa Bay failed to receive any stars when the Michelin Guide came to The Sunshine State a few months ago, there have been a recent influx of high profile, starred chefs helming new concepts in the area—including The Tampa EDITION's Chef John Fraser and upcoming Japanese restaurant Kōsen with Chef Wei Chen.

Although there are are no social media pages for JoDog Craft Hot Dogs just yet,  head to sparkmanwharf.com or follow @sparkmanwharf on Instagram for the latest updates on its newest American street food concept.