Land O'Lakes will soon get In the Loop 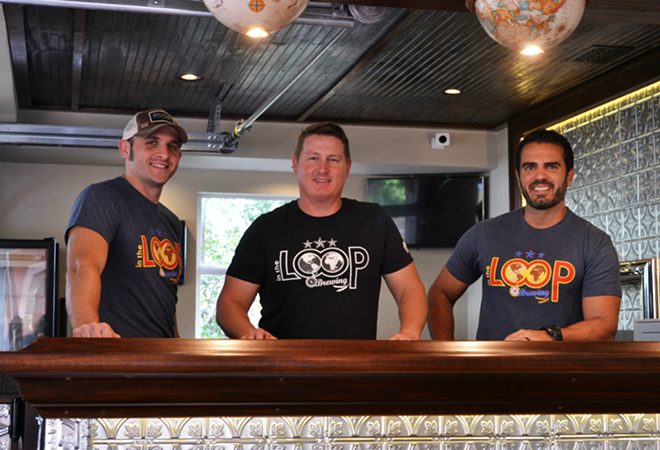 Imagine: It’s 1915, and you’re trundling along the dirt highway through a drenching Florida thunderstorm in your Model T Ford, or maybe a horse-drawn carriage. You’re wet, you’re irritated and you smell bad. You could definitely go for a drink.

The owners of a new craft brewery in Land O'Lakes, In the Loop Brewing, aim to conjure up the hospitality and adventure of a turn-of-the-century roadside tavern when they open in the coming weeks.

After more than two years of renovations and red tape at 3338 Land O'Lakes Blvd., friends Pete Abreut, Mark Pizzurro and Joe Traina are putting finishing touches on their building and beer before revealing what they've been working on to a community impatiently awaiting their arrival.

The Pasco brewery is a quaint, two-story structure painted burnt sienna with a brick chimney. It sits on a sprawling lawn that slopes down to Lake Padgett and picks up a nice evening breeze. Abreut, a retired firefighter, owns a gym next door to the unusual building, so it immediately caught his eye when he and Traina began to scout brewery locations in 2014. 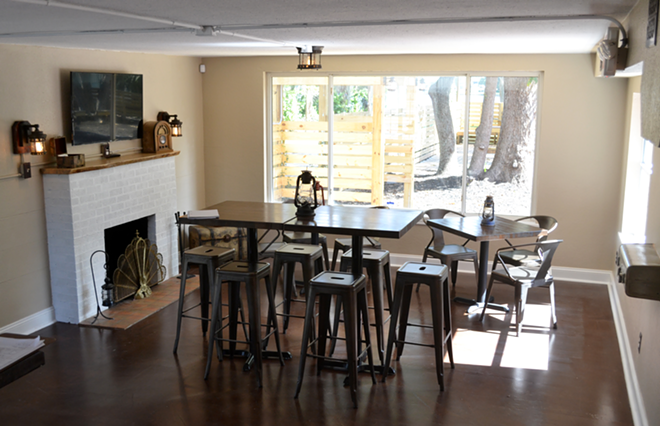 The neighbors started brewing together five years ago in Abreut’s garage on Cherbourg Loop, a dead-end road that Traina describes as a tight-knit community.

“We were always doing things ‘on the loop,’” Traina told CL. Now, the co-founder says he hopes that In the Loop Brewing will be an extension of their homes and backyards, just with more friends.

Pizzurro is In the Loop’s head brewer. He’s had the chance to hone his craft through a Big Storm Brewing Co. internship and collaboration with Escape Brewing Company. The brewer is meticulous when creating beers, ensuring the quality of each recipe rather than rushing to brew many different styles.

That’s why In the Loop will launch with five core beers to start, among them an IPA, pale ale, Vienna lager and vanilla espresso porter. The rest of the 12 taps will function as guest spots while Pizzurro continues to develop his repertoire. Red and white wine served from the bottle are also planned.

Alongside its beer, the brewery's atmosphere will be a big draw — a more rural affair than anything St. Petersburg or Seminole Heights has to offer. A spacious beer garden overlooking Lake Padgett has ample room for sitting, standing and a host of games that the owners plan to provide. Movies are set to be projected on the side of Abreut’s adjacent gym, and a boardwalk will eventually allow for a walk down to the lake.

Inside, Traina describes the décor as a blend of “world travel, antique travel, '20s, '30s and early '40s.” Oh, and some Indiana Jones.

“The whole building lends to that kind of atmosphere,” Traina said.

The interior's concrete floors feature an acid-stained rich walnut color, an alternative to expensive tiles. Sawn-in-half vintage suitcases are mounted to the walls, providing drink rests. There are two Prohibition-era secret doors — one leading to the cooler and the other to an office space. And upstairs, a special event room is closed off by a large barn-style door, handmade by Traina’s father with the help of Pizzurro.

More landscaping is planned for the front of the building, and the crew has also begun growing some hops on site. While there won’t be enough for large-scale use, they can experiment with their own hops in special-release beers, showing patrons where their liquid stuff is coming from. 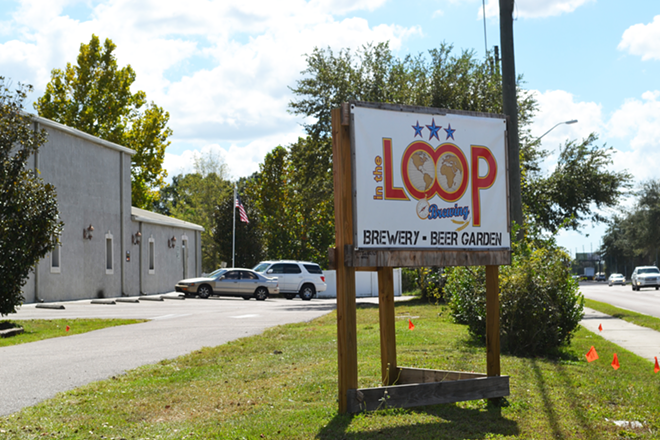 Ryan Ballogg
In the Loop is right on U.S. 41.
click to enlarge Ryan Ballogg
Co-founder Traina's day job as a contractor came in handy for brewery renovations, including the archway and deck work for the beer garden.
click to enlarge