Its grand opening is on Friday, Jan. 27. 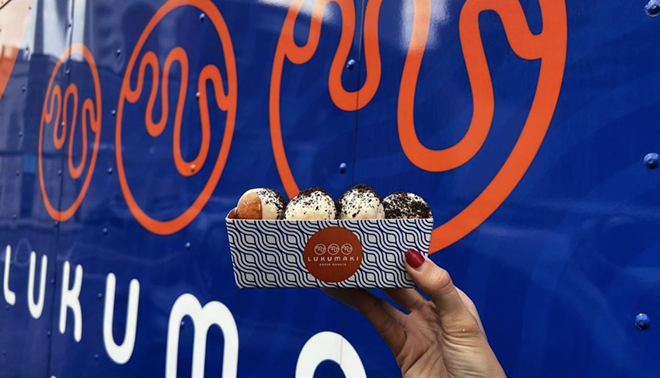 On Friday, Jan. 27, Lukumaki Greek Donuts celebrates its grand opening. The upcoming food truck will start slinging its prized doughnuts at noon and stop whenever it sells out.

The first ten customers in line this Friday will receive a free  order of Greek donuts, so you might want to get there a little early.

This new food truck will reside at 500 N Florida Ave. in the heart of downtown Tampa adjacent to Lykes Gaslight Park, but it’s unsure if that will be its permanent location.

Traditional Greek donuts or loukoumades are sweet balls of dough that are deep fried, tossed in honey and  typically garnished with different nuts, but Tampa’s newest food truck will dish out several varieties of the beloved dessert. Sneak peaks from its social media depict its doughnuts drizzled with Nutella, dark chocolate and crushed pistachios, honey and cinnamon and cookies and cream.

Some doughnuts can even be stuffed with dulce de leche caramel or other sweet fillings. The dough itself is entirely plant-based, so there will also be several vegan options to choose from as well.

To compliment its freshly-fried doughnuts Lukumaki also sells a variety of drinks like iced lattes and milkshakes.

When Lukumaki Greek Donuts first debuted in Miami in 2020, its original name was "Meli Gourmet Greek Donuts." Perhaps it rebranded before moving to Tampa to avoid being confused with the Tarpon Springs-based Meli Greek Street Donuts, another traveling food trailer with a similar name and menu.

According to its social media,Lukumaki owner Alexandra Karamitsio hopes to return to Miami to open a second location one day. For more information on this new food truck and its operating hours, follow its Facebook or Instagram at  @lukumaki.fl.