Wulfaven fills a craft brewery void in the Tampa suburb. 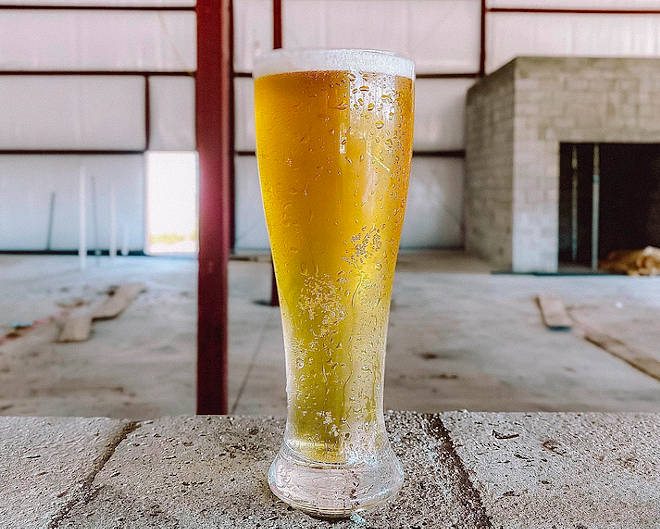 A combination of the words “wolf” and “haven,” the name of Tampa’s newest brewery comes from the collective and welcoming and mindset of the Lazzara family—the owners of the upcoming Wulfaven Brewing Co.

“Our tap list will be a combination of all things crisp and clean. Of course, also we’ll be slinging some juicy and bitter IPAs and pale ales for all of you hop chasers out there!” its website reads.

The Lazzara family has spent the last six months building its new brewery from the ground up, located at 10828 Perez Dr. in Tampa’s Carrollwood neighborhood, near the intersection of Gunn Highway and Casey Road. According to Facebook, recent construction progress on the new Wulfaven space includes a new bar base, freshly-stuccoed patio walls and installed window frames.
Future customers can expect a shaded and fan-equipped patio and recreational outdoor space when the new brewery opens in a few months. The FAQ section on the Wulfaven website also states that dogs are welcomed on the patio, while kiddos are welcome until about 8:30 p.m.; after that, service becomes 21+.

And although the brewery won’t have its own kitchen, there will be a rotating list of food trucks—like Charlie’s Pizza and Wings, La Semilla Bakery and Latin Fresh Market—parked outside of Wulfaven.

In addition to crisp lagers and hoppy IPAs, Carrollwood's newest brewery will also offer a house red and white wine, as well as a seltzer for the gluten-free folks.

According to bizapedia.com, the LLC for Wulfaven Brewing Co. was created back in 2018, although the family-owned and operated brewery won’t debut until later this year.

“The (opening) date is looking to be around mid July. Because we are still in construction, and waiting for our brewing system delivery, it’s hard to pinpoint an exact date until we get close,” Wulfaven Brewing Co. told Creative Loafing in a message.

When Wulfaven opens, it will fill a craft brewery deficit in the Carrollwood neighborhood as there are no other small-batch breweries in that area, although Wild Rover Brewery is nine miles away (New World Brewery—which used to brew its own beer and now boasts an extensive tap list—is just six miles away).

Get those growlers ready, folks.