The fast casual restaurant, self-described as 'Brandon's only plant-based eatery,' is slated to open sometime this fall. 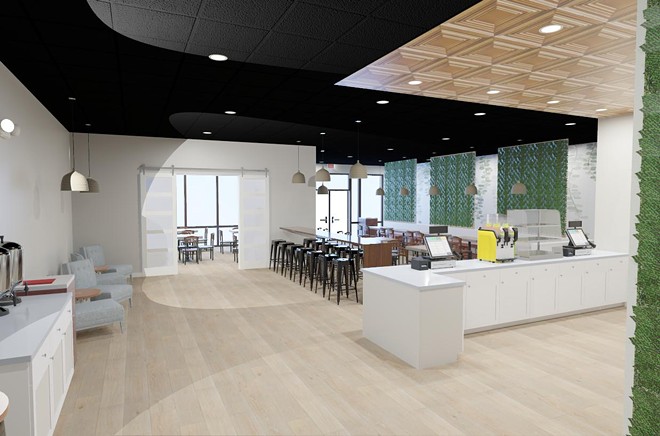 c/o Vine Vegan
The plant-based lifestyle is quickly spreading to all corners of the greater Tampa Bay area.

Vine Vegan, located at 2080 Badlands Dr. in Brandon, will soon offer an all-day breakfast, lunch, dinner, a kids menu, a weekend brunch (with bottomless mimosas of course,) smoothies, milkshakes, beer and wine. And yes—it's all 100% vegan.

The 3,000 square-foot restaurant will seat 80 patrons, in addition to an event room that can be rented out. And although Vine Vegan will offer dine-in service from breakfast to dinner, it's a fast casual eatery that will offer take out as well.

Vine Vegan’s owner Danielle Stevens states that her debut restaurant will host various soft openings during September of this year, and hopes to be open to the public by October.

Vine Vegan describes itself as “Brandon’s only plant-based eatery,” and with the recent closure of Brandon’s Vegan Deli, we definitely believe that. Although eateries like Bolay, Cali and Mellow Mushroom offer a variety of plant-based options, there are no exclusively-vegan sit-down restaurants in that area.

Although the full menu isn’t available yet, highlights include plant-based charcuterie boards, a frośe machine, stacked pasta plates, “hangover specials” during weekend brunch, and whole food dishes that range from nutritious and gluten-free to junk food ( think burgers, fries, and other indulgences.)

There will also be various types of coffee, smoothies, milkshakes and other beverages for sale.

“When possible, Vine Vegan will be partnering with local businesses to source many of its ingredients and products,” Stevens tells Creative Loafing Tampa Bay in an email. “The coffee we brew, the teas we’ll serve, the fruits & veggies in our dishes, the sea moss in our smoothies as an example—will all be from local businesses.”

Vine Vegan will open inside of a large Brandon plaza and will soon have a wide variety of neighbors—including an Orangetheory Fitness Center, Pinot’s Palette painting studio, and many different cosmetic businesses.

Stevens tells CL that her debut restaurant initially started off as a lighthearted idea that her and her daughter, Angelina, discussed around the dinner table one day.  But Brandon's lack of vegan restaurants was her ultimate motivation.

“Living on this side of the county, the vegan options are very limited, and a fully vegan sit-down restaurant is more than 20 miles away,” Stevens states.

She and her husband own the popular architecture firm Bellevida Design, and have been proud vegans for the past three years.

Although there’s no projected grand opening date on the horizon, foodies can follow its Facebook at @vinevegan and Instagram at @vineveganfl for the latest updates on the build out and highly-anticipated opening.

Vine Vegan will joins the ranks of other soon-to-open plant-based eateries in Tampa Bay, like  Cider Press Vegan Gastropub, Halelife Bistro and Good Intentions— all slated to open in St. Petersburg this year. 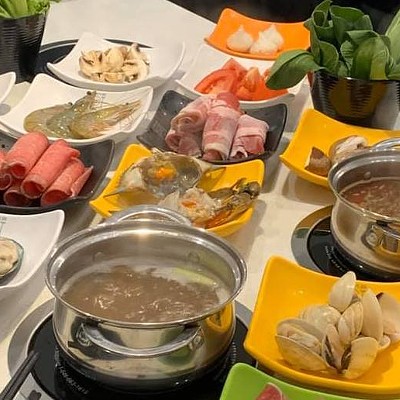