The new eatery is tentatively open Thursday through Sunday, as it transitions into full service. 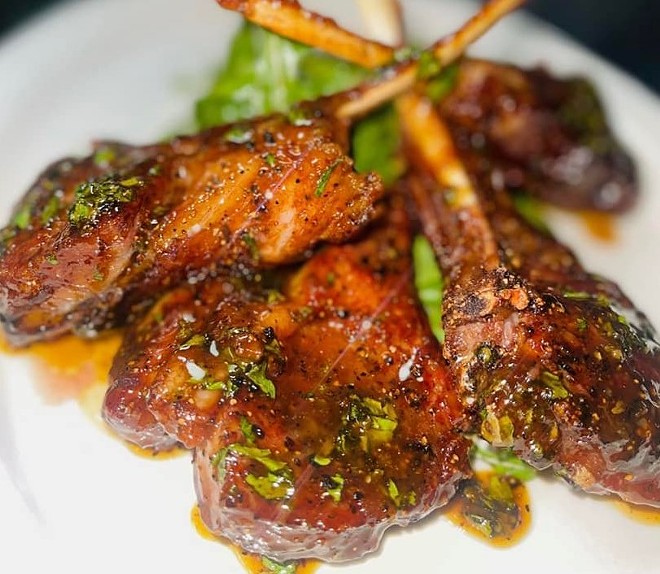 If you're wandering around St. Petersburg, don't forget to stop in Roam.

A new restaurant is open in the Lealman neighborhood of St. Petersburg, and it’s self described as a “fusion of classic French cooking and NY Steakhouse with a Southern twist.”

The Roam Restaurant and Bar soft opened last week at 3405 34th St. N in St.Petersburg, and is now open Thursday through Sunday, dishing out its thick steaks and signature cocktails.

Roam’s offerings will also be seasonal and rotating, so don’t get used to its current menu, which can be browsed on its Facebook.

A recent Tampa Bay Times article explains that Roam is the new brainchild of Joshua and Christian Jackson—the chefs and brothers behind St. Pete’s popular food truck, Red’s BBQ. Known for their St. Louis-style ribs and pulled pork, the Jacksons have now pivoted to a more upscale menu of classic American fare for their new restaurant.

Red’s BBQ-lovers, do not fret. According, to its Facebook, the beloved food truck will remain open at 3405 34th St. N for the time being—the same address as the new restaurant, Roam.

Hours will still be somewhat tentative until the restaurant transitions into full service, as Roam is now open from 4 p.m.-10 p.m. Thursday- Sunday, 1 p.m.-10 p.m. on Saturdays and 11 a.m.-3 p.m. on Sundays, with plans to offer an exclusive brunch menu soon.

Keep up with this new St. Pete fine dining spot by following its Facebook at @roamsteakhouse and Instagram at @roamresturantstpete.

Roam Restaurant and Bar is also hiring for a full-time bartender, which starts at $10.50 an hour.