The local brewery has given Land O' Lakes a low-key place to gather over craft beer. 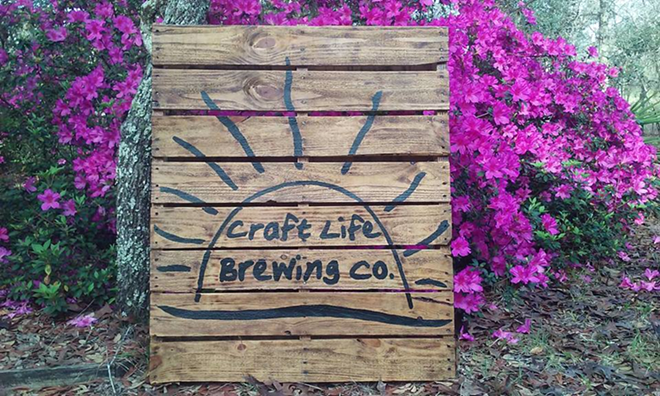 Craft Life Brewing via Facebook
Craft Life's sign, a simple scrawl of a rising sun, encapsulates the easygoing warmth of its digs.

Craft Life Brewing is a modest building by outward appearances, but inside awaits an oasis of local beer. With Sunshine State libations pouring from 26 taps, it’s no wonder that Land O’ Lake’s first brewery has been attracting locals and out-of-towners in droves since opening in late July.

For owner Tim Foley, it was important to bring some life back to what was once a vibrant area along Land O’ Lakes Boulevard/U.S. 41.

“There used to be a lot here producing revenue and fun in the area,” Foley said. “But all the restaurants and reasons to stop have closed down and nothing has reopened.”

Last week, another brewery, In the Loop Brewing, opened just down the road from Craft Life after more than a year of preparation. Each place has something one-of-a-kind to offer in craft and atmosphere in a town far away from other breweries. Foley used to go to one local homebrew club's meetings with Joe Traina, co-owner of In the Loop, and both brewers expressed interest in collaborating with each other to CL.

Foley’s brewing operation at Craft Life is small, and he likes it that way for now. Generally, six of the 26 taps are beers brewed in-house. The one-barrel system produces two kegs at a time, so he's constantly brewing to keep up with demand. It gives him lots of opportunities to experiment.

The other taps are stocked with Foley’s Florida favorites, including beers by Big Storm, Cycle, Six Ten, Angry Chair and Hidden Springs. There are also four bays of bottled beer to pick from (domestics among them) and a few wines. 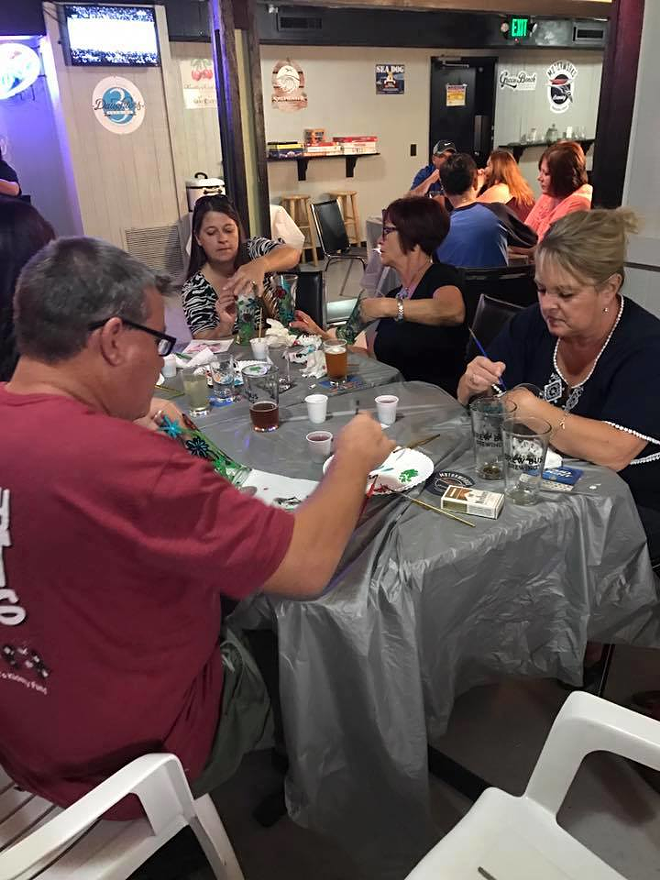 Craft Life Brewing via Facebook
Guests at the brewery's Paint the Pint night in October learned to paint detailed designs onto their glasses.

When word got around of Craft Life’s “grand soft opening” in August, Foley and his team were caught off guard by the response. Cars filled the adjacent parking lots, then started lining up and down 41. They went through several kegs, and by the end of the night, some of the guests were helping wash glasses to keep up with the crowd.

Since then, Foley has continued to make Craft Life a place to be any night of the week, with trivia on Wednesdays, karaoke and live music alternating on Thursdays, and live music and food trucks on Friday and Saturdays. Local singer-songwriters and folk acts are often featured. Patio and board games for adults and kids are always on hand. And the occasional Paint the Pint night allows patrons to create a utilitarian masterpiece under the supervision of an artist for $20. A $30 Paint the Growler event is coming up on Nov. 29.

In addition to filling a void in neighborhood fun, Craft Life has breathed fresh life into a building that likely would've fallen by the wayside. Originally built in 1950s, the former house was turned into a bar in '70s. It changed names and owners several times before spiraling into a very dive-y dive bar. When Foley acquired it, the space had been through six years of leasing, and needed a lot of attention. After redoing the floors, lighting, painting, fixing a wall that was separating and more, the owner said it looks like a new place.

“Salvage is the perfect word for what we did,” he said.

According to Foley, they tried to take the windowless building from dark and dreary to light and airy with the right lighting, paint and homey touches, like the old beer placards that now line the walls. The brewery’s sign, a simple scrawl of a rising sun that Foley created on the computer, encapsulates the easygoing warmth that its space now embodies.

Foley still has a day job building pharmaceutical software and plans to keep things low-key at the brewery for a couple years as he adjusts his pilot system. Eventually, though, he’d like to expand Craft Life onto property out back and create even more beer.