And while the newly-opened brewery—located at 1158 7th. St. N—is still working out some details, it currently offers its house brews in pints, half pints, and flights; growler refills will be available soon. Olde Florida Brewing Co. currently has blonde and brown ales, IPAs, amber ales, brown IPAs, coffee stouts, milk stouts and goses—with ABVs ranging from 4.5%-8.7%. 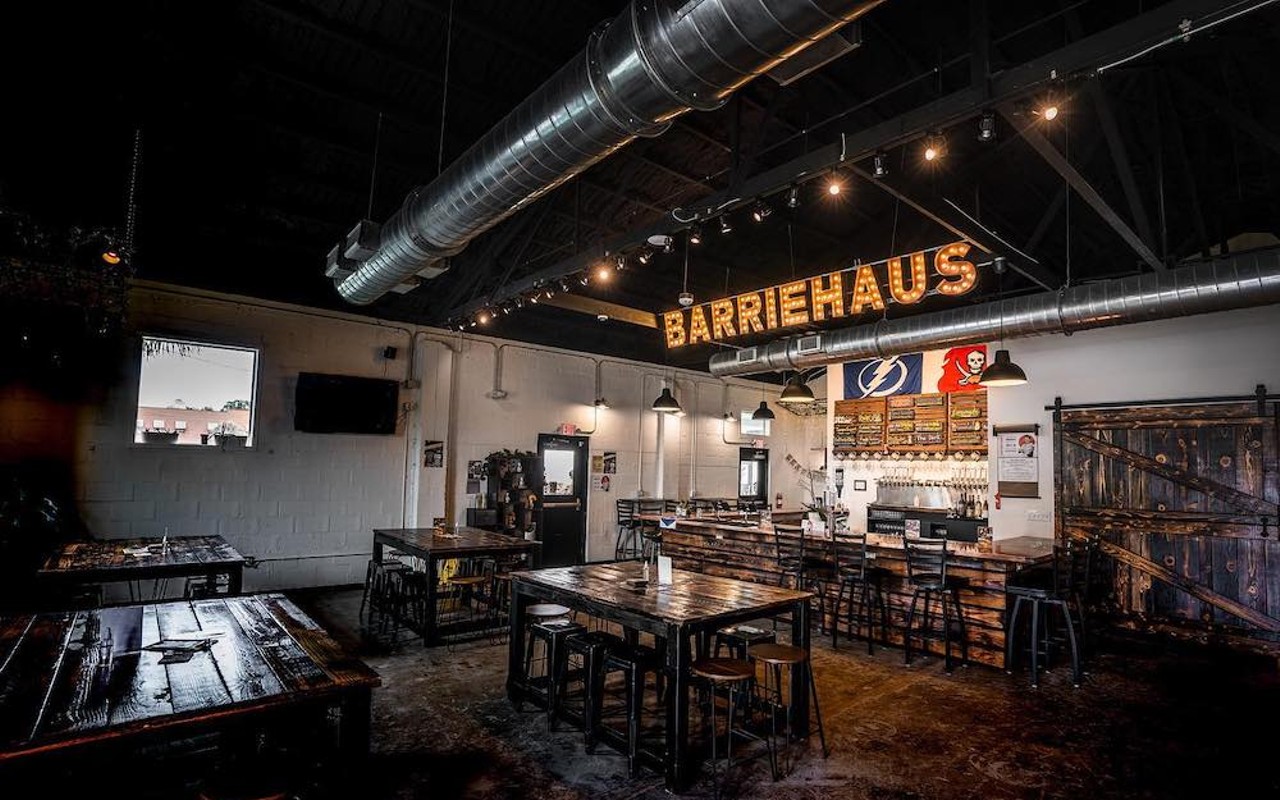 Tampa Bay Beer Week returns next month for its 10-year anniversary: Here are the best events happening in Tampa Bay from March 5-13.

Half pints go for $3.50, pints run for $6, and its sample size for beer flights will cost you $2 each. There is also a small selection of wines for sale alongside non-alcoholic beverages like soda and juice.

It’s small taproom features a shiny Florida beach-themed bar top, with barrels and other brewing equipment displayed along the adjacent wall—arguably one of the most unique things about this new brewery.

The former brewery’s Facebook has been deleted and the last post on its Instagram was almost two years ago. The Olde Florida Brewing Co. LLC was formed in September of 2021, presumably after Hammerstein shuttered its doors.

Olde Florida Brewing Co. will have some friendly competition in the northern Pinellas area, as its neighbors include Commerce Brewing, Arkane Aleworks, and the ever-expanding Big Storm Brewing Co.