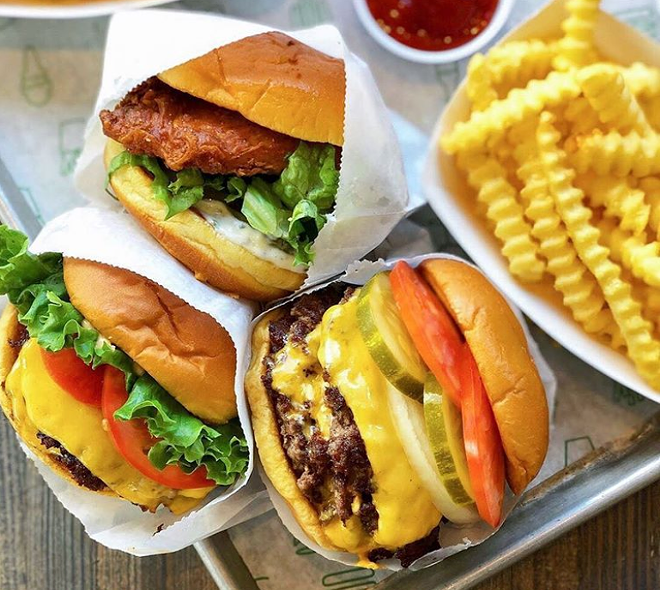 Last September word on the street was that Shake Shack was considering opening up a location in either Midtown Tampa or in St. Petersburg.

Well, it has officially been confirmed that the popular joint will be throwing down its signature burgers, alongside chicken sandos, hot dogs, and fries (with or without cheese sauce) in Midtown Tampa come early 2021.

“Shake Shack is an iconic brand with worldwide recognition, and is yet another first-to-market restaurant that we’re thrilled to bring to Tampa,” said Nicholas Haines, CEO, Bromley Companies in a statement. “We’ve followed Shake Shack from its first location next to our office in New York’s Madison Square Park, and appreciate the delight and appeal it has to its customers.” As if the vast selection of desserts like frozen custards, floats, concretes and hand-spun shakes won't suffice for sips, the location is set to serve wine and beer, including some from local breweries; you can even get a taste of Shake Shack’s exclusive Brooklyn Brewery ShackMeister Ale, and the signature wines including the Shack Red and Shack White.

Being that this popular chain will attract a lot of attention upon its opening, locals can be thankful that Shake Shack will be front and center located at Midtown’s main entrance off Cypress Street and be housed within a 3,200-square-foot space.