The new bar and restaurant is slated to open in January 2023. 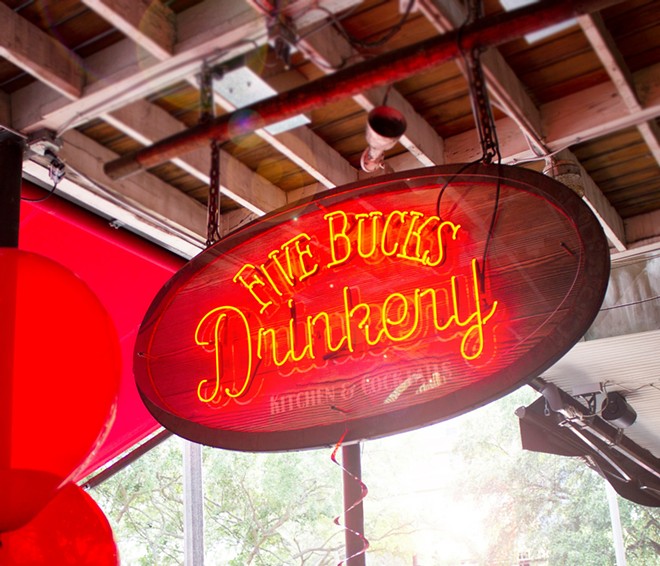 A grand opening party will take place in January 2023.


Alongside its extensive beer, wine, and cocktail offerings is a casual bar food menu with dishes like customizable mac and cheese bowls, tacos, burgers, stacked sandwiches, wraps and more. And although the drinks and food items at 5 Bucks used to be $5 each, most cocktails average around $5.99 these days—but all domestic beer tall boys are still only $3.50.

Perhaps one of the most exciting aspects of 5 Bucks' upcoming Pinellas Park bar will be its pre-batched signature cocktails. Don't feel like leaving the house? Don't worry, because you'll soon be able to Uber Eats a 32-ounce pre-batched cocktail right to your doorstep for only $10.

There will be an entire section of the bar and restaurant dedicated to take-out and delivery orders, something that 5 Bucks' downtown location doesn't have the space or capacity for.

Its flagship bar resides on First Block, downtown St. Pete’s go-to party district, at 247 Central Ave., and has been slinging its signature cocktails and affordable eats since 2010. Fans of the MTV reality show "Floribama Shore" might recognize 5 Bucks' downtown St. Pete location as a frequent backdrop for its buzzed reality stars.

Owner Joshua Connell tells Creative Loafing Tampa Bay that he’s excited to return to Pinellas Park after opening several concepts in St. Pete. He graduated from Pinellas Park High School in 2002, and has opened other local bars like Salty J’s and Banana Hammock alongside the popular 5 Bucks Drinkery.


"I have driven by that Pinellas Park location so many times in the past decade, and I always knew it had the potential to be a 5 Bucks," Connell says. "People have said that the only reason that 5 Bucks is successful is because it's downtown, and I'm itching to prove them that it's a concept that can work anywhere."

Pinellas Park's 5 Bucks is currently hiring for bartenders and other staff, as interested folks should apply in-person at its downtown St. Pete location. Connell says that any questions can be directed to its Facebook page. 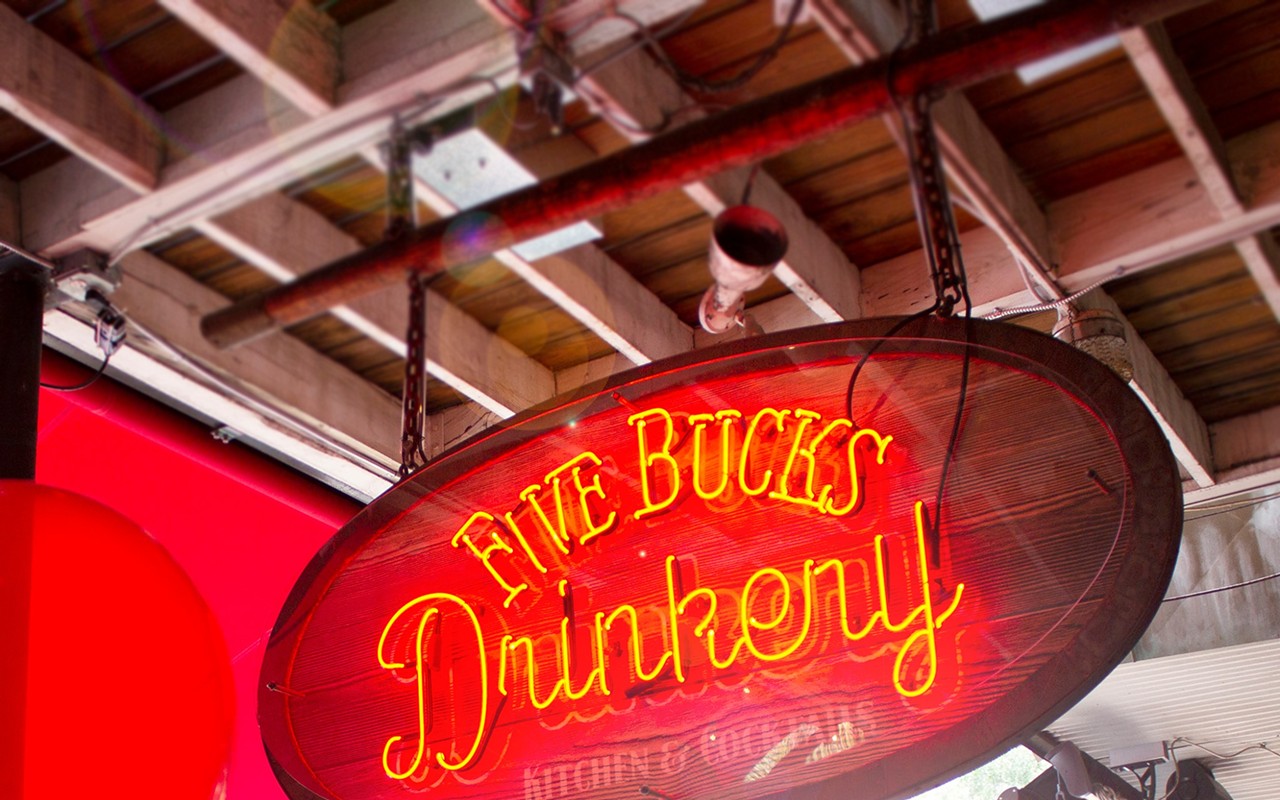