The location is a partnership with Cigar City Cider and Mead. 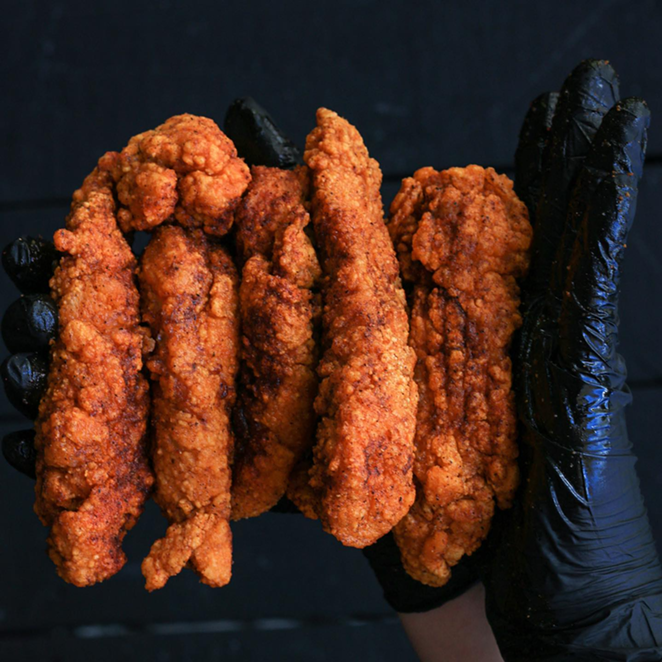 Another week, another new location for Seminole Heights’ hot chicken heavyweight King of the Coop.

“With food truck limitations within Ybor, we needed to make other plans,” Dodd said, adding that the meadery was the best fit because it already had a kitchen. “We know we have some hurdles to go through but really this is a partnership that utilizes a space as an extension of their kitchen.”

Redner told TBBJ that the new space just needs pavers, seating, trees and shade—plus approval of city permits. He hopes it can be open in three to six months.

“I've said this before and it's true—we are NOT trying to take from businesses already operating in Ybor,” Dodd said. “We are just trying to add to what these businesses have already accomplished and we will be proud to be part of the Ybor family. We are also very excited about our partnership with the Rock Brothers Group as well as Joey Redner Jr.”

The courtyard behind Cigar City and Mead has hosted events in the past, including the all-too-short-lived Plan B Music Festival. When the new beer and dining garden opens it will add to the reinvention of that former Gaybor section of this historic district, which is now home to Rock Brothers, the Barterhouse, and forthcoming Sky Puppy Brewing near the old New World Brewery site.