Texas' Shipley Do-Nut is coming to Tampa Bay, too. Photo via catscaffeine/Facebook
South Tampa’s soon-to-open "Cats & Caffeine" is a lounge and cafe with a cause.
Closings

The Poor Porker Get your oxtail grilled cheese and chocolate-drizzled beignet fix while you can—because Lakeland’s The Poor Porker will soon close its doors. “We are both proud and saddened to announce that, effective July 4, 2022, the Poor Porker will be closing its doors permanently to make way for the next generation of food, art, retail, and entertainment at 801 East Main Street - Unfiltered Lakeland,” a recent post from the space's Facebook reads. The last day to experience this Lakeland hotspot will be Sunday, July 3, as The Poor Porker will host its final party, which coincides with the city's “Red, White, and Kaboom” celebration. Unfiltered Lakeland, —a multi-faceted retail space that partners with local artists, businesses and restaurateurs— will open out of the same space sometime soon. 801 East Main St., Lakeland. Poorporker.com

St. Petersburg’s Hitchcock Green Market  Tampa Bay's only Hitchcock's Green Market closed last weekend— only two years after it celebrated its grand opening. Before its closure, the specialty grocery store initially offered 20% off its entire stock, and discounts were raised to 50% off during its final weekend. The Florida-based grocery store chain is known for its freshly-butchered meat, typically occupying more rural parts of the state.  St. Petersburg’s  only Hitchcock Market opened in the summer of 2020, out of the Tyrone Mall-adjacent space that Lucky’s Supermarket previously occupied. The closest Tampa Bay Hitchcock's currently resides in Homosassa.myhitchcocks.com

Cats & Caffeine Similar to Sunshine Kitty Cafe across the bridge in St. Petersburg, South Tampa’s soon-to-open "Cats & Caffeine" is a lounge and cafe with a cause. “Our mission is to create a one-of-a-kind experience where you can hang out with adoptable cats & kittens, sip on some caffeine, all while benefiting homeless cats,” catscaffeine.com wrote. It also mentions that the forthcoming cafe and lounge works closely with volunteer cat and kitten nonprofit Cat Lovers Inc. to temporarily house the furry friends until they are adopted. It will soon offer both 25 and 50 minute “cat experiences,” in addition to walk-ins. Although there is no cafe menu on its website just yet, it states that there will be several types of cat-friendly events hosted at the lounge—including cat yoga, cats and wine gatherings, and movie nights. This feline-friendly cafe and lounge is slated to debut sometime this summer. 4033 Henderson Blvd., Tampa. catscaffeine.com

Shipley Do-Nut’s The doughnut competition in the Tampa Bay area is getting a little steeper ( and sweeter.) According to a press release from Shipley Do-Nuts, the Texas-based dessert franchise plans to open three Tampa Bay storefronts over the next few years. A whopping 350 locations throughout Florida, Maryland, Georgia, Tennessee, Colorado and Texas are slated to open over the next five years. Shipley’s is known for 60 different doughnuts that range from classic glazed and cream-filled to unique flavors like chocolate walnut-glazed, coconut cake, maple-iced and buttermilk-glazed doughnuts. Hot and iced coffee is also available to accompany any of your sweet treats. Visit its Facebook at @ShipleyDonuts, or the "locations" tab on its website to keep an eye out for its debut Tampa Bay location. shipleydonuts.com

The Nest’s “Harry Potter” cocktail pop-up Calling all wizards, witches, and sorcerers (but no TERFS.) Caracara’s intimate cocktail lounge The Nest hosts a “Harry Potter”-themed cocktail pop-up in Dunedin this weekend.  $120 tickets  are available on exploretock.com, and come with four whimsical cocktails and English tea service (which means little dainty sandwiches and small plates, too.)  Speciality cocktails include the Golden Snitch, Elixir of Life, Amortentia and Veritaserum, while a variety of sweet and savory treats include macarons, tarts, croissants and "bangers & mash” potato rolls. Feel free to dress up and represent your favorite house or pay, tribute to your favorite Hogwarts professor. caracaranest.com ICYMI

Shiso Crispy on “Guy’s Grocery Games” Starting next month you can watch one of St. Petersburg’s most celebrated food trucks on the big screen—your living room big screen that is. Ronicca Whaley of Shiso Crispy will be featured on Food Network’s “Guy’s Grocery Games,” after recently competing in an exclusive 5 week-long tournament of previous winners. According to Shiso Crispy’ s Facebook, the first episode will air on July 6 on Food Network. And while Whaley's unique twist on Asian fusion might not be able to shine in her featured episodes, you can still grab some of her tasty dumplings at Shiso Crispy's various locations throughout Tampa Bay—including permanent residencies at St. Pete’s Par Bar and Tampa’s Magnanimous Brewing. Her food truck is known for its menu stacked with small plates like lobster rangoons, mushroom and tofu gyoza, french onion soup dumplings and short rib bao buns. @shisocrispy on Instagram 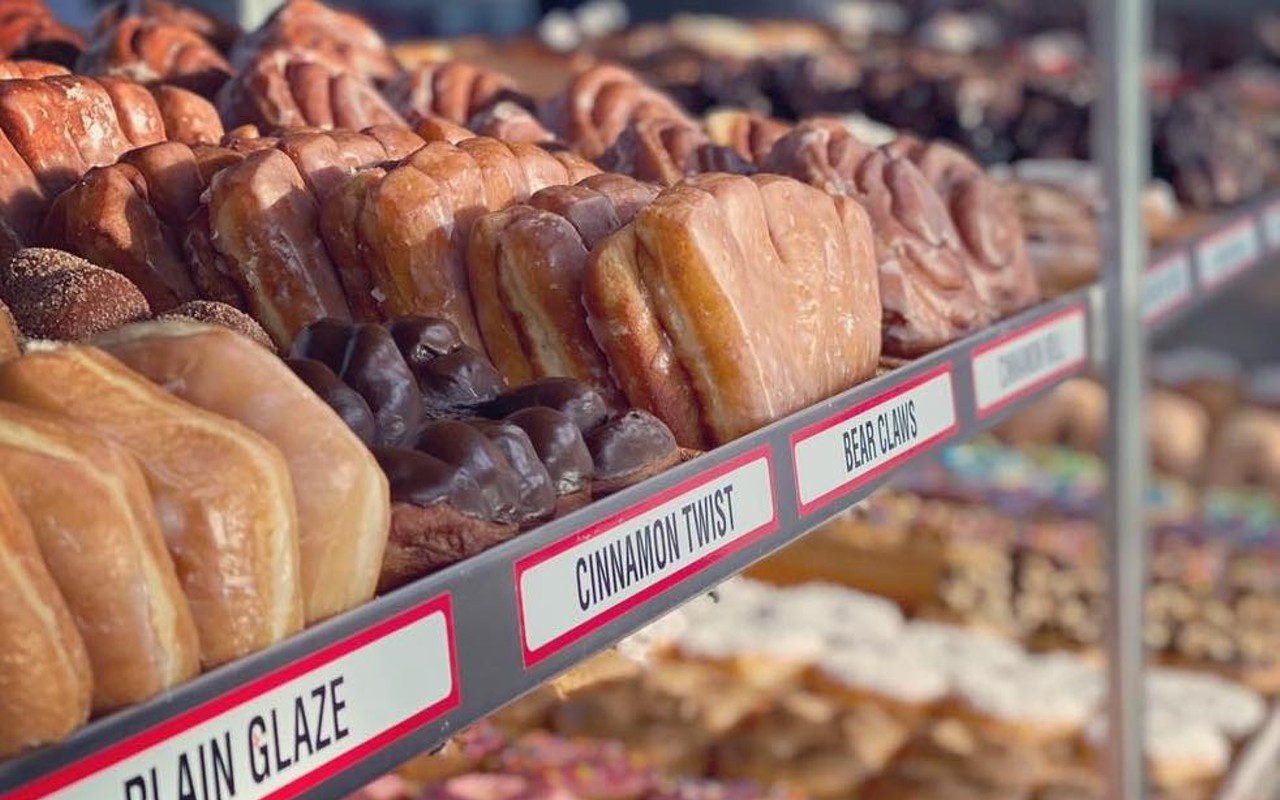 Houston-based Shipley Do-Nuts will open three new locations in Tampa Bay: 3 different locations of the popular franchise are slated to open within the next few years.


Kids eat for free at Ybor City’s The Loft During all operating hours–including dinner on Fridays and breakfast and lunch on the weekends—kids under the age of 12 can eat for free at Ybor City's The Loft. All children must be accompanied by a paying adult in order to eat for free. Its Friday dinner menu consists of Jon Taffer-approved dishes like a Cuban panini, BBQ pulled pork nachos and hot chicken and waffles, while its weekend brunch offerings include build-your-own omelets and burritos, pancake platters and biscuits and gravy. The Loft doesn’t have a specific children’s menu, but some kiddo-friendly options include entrees like its cheeseburger, breakfast sandwich—which are offered any time of the day—grilled cheese dips and of course, chicken tendies.@theloftyborcity on Facebook