Talk about doubling down in Tampa Bay's growing food scene.

Since then, the space at 1221 4th St. N. was claimed by Chicken Salad Chick, a concept totally unaffiliated with Hesse.

The opening celebration of the Fo'Cheezy truck—complete with live entertainment and giveaways—goes down on Wednesday, March 18 from 5 p.m.-11 p.m. at Flying Boat Brewing Co., located at 1776 11th Ave. N. in St. Pete's North Kenwood neighborhood.

Hesse's full-service restaurant—at 6305 Gulf Blvd. on St. Pete Beach—opens a few weeks later on National Grilled Cheese Day. You can't miss it, either; the brick-and-mortar has been decked out with graffiti and a massive boom box mural by the Vitale Bros. 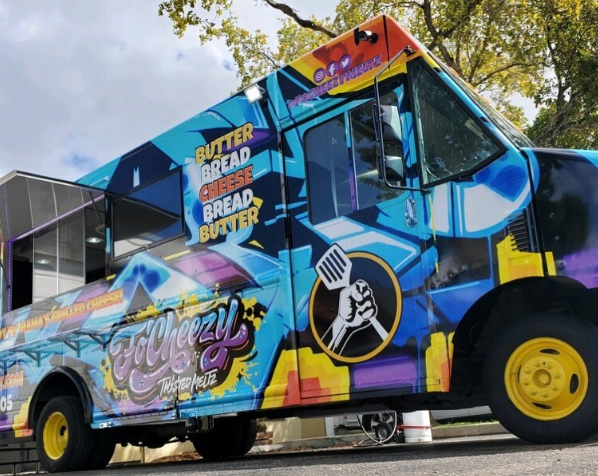 Hesse—also a contestant on seasons five and six of the hit Fox series "Hell’s Kitchen"—is keeping his plate extra full, too. In a release, Hesse said that he's set to appear on "Inside Edition" which is covering his "No Kid 86'd" nonprofit. Hesse has promised to donate 2% of his restaurant's gross sales to "the troubled youth of the greater Tampa Bay area."

Hesse joins Fabio Viviani and "Top Chef" contestant Jeffrey Jew on a list celebrity chefs nailing down concepts in Tampa Bay. Won't be much longer until we get a taste of those loaded grilled cheese creations.


Want to know everything going on with Tampa Bay's food and drink scene? Sign up for our Bites newsletter.