Both Cap’s and the upcoming country bar Welcome to the Farm debut out of the recently-closed MacDinton’s Irish pub space.

Coffee Grounds / Facebook (photo via Tiffany Phelps)
Downtown St. Pete’s First Fridays combine two of life’s greatest pleasures: drinking and people watching. And starting next weekend, you can do both of those things at the newly-opened seafood restaurant Cap’s, located at 226 First Ave. N.

The new seafood-driven eatery celebrates its official grand opening on Friday, June 3 out of the space formerly occupied by MacDinton’s Irish Pub, which unexpectedly closed in  early April. 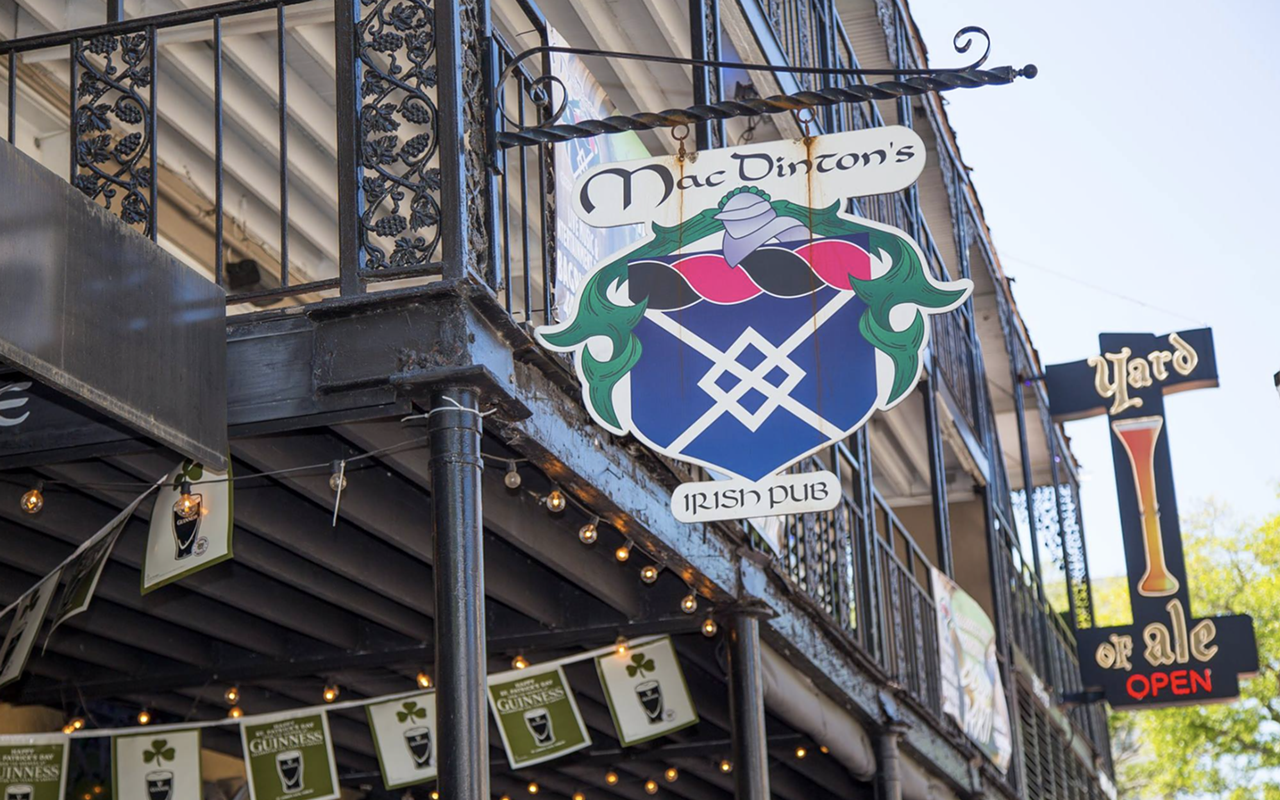 Cap’s soft opened earlier this month, but is finally ready to celebrate a grand opening and transition into full service. Fully equipped with outdoor-only seating, a raw seafood bar with specialty oysters and bar-side steam kettles, this restaurant boasts the “tastes of Old Florida with modern Americana flare.”

Alongside a wide variety of seafood to choose from, are hearty entrees like its barbecue chicken flatbread, prosciutto and manchego croquetas, smashed burgers and pulled pork sandwiches, as a recent Tampa Bay Times article details.

Coffee Grounds boasts beachy craft cocktails like the Sunset Smash with vodka, berry kombucha and lemon and its Island Colada with Malibu rum, pineapple and coconut milk. In addition to coffee and cocktails, this cafe also sells a variety of pastries and other small bites, if you don't have the appetite for a full dinner at Cap's.

Cap’s is a joint venture from Jannus Live owner Jeff Knight and local commercial real estate agent Jon LaBudde, who is also a partner in various St. Pete restaurants like Big Catch at Salt Creek and Buya Ramen, according to St. Pete Catalyst.


The new bar and restaurant only occupies a section of the former MacDinton's space, as the rest of the area will be occupied by a new country bar called Welcome to the Farm, another collaborative business from Jeff Knight and Jon LaBudde.

If the First Friday madness isn’t your scene, you can visit Cap’s from 5 p.m.-10 p.m. Wednesday, Thursday and Sunday, and 5 p.m.-11 p.m. Friday-Saturday, according to ILovetheBurg.

There’s no website or social media pages for Cap’s just yet, but its sibling cafe Coffee Grounds posts updates about the seafood restaurant, and can be found at @coffeegroundscafe on Facebook.