But the local brewery is going out with a bang on New Year's Eve. 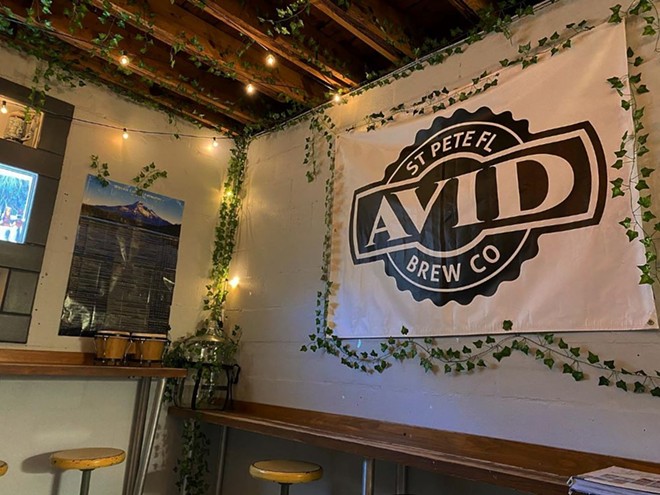 Avid Brewing/Facebook
Avid Brewing, located at 1745 1st Ave. S, St. Petersburg is closing its doors at the end of this year.
If you're looking for all-you-can-drink beers to celebrate the new year, Avid Brewing's closing party has you covered.

Avid—located at 1745 1st Ave. S, is closing its doors at the end of this year. The brewery is hosting a Grand Closing New Year's Eve Bash to celebrate the end of an era, beginning Dec. 31st at 1 p.m. Since the storefront is shutting its doors, $20 all-you-can-drink beer will be on sale during the event, so you can help the store drain its taps.

Avid Brewing began as a storefront for home brewing supplies over 10 years ago, and opened its taproom in 2018.

According to ILoveTheBurg, many other businesses on the block in Grand Central are being uprooted as well as a new development project steps in.

Live bands for the New Years bash include Low Season, Someattics and Ben Rodgers, and other musical features will soon be announced on Avid Brewing's Facebook page.

Avid Brewing has not yet announced if another location will be opening up in the future.