This southside staple is known for its spread of Southern comfort food. 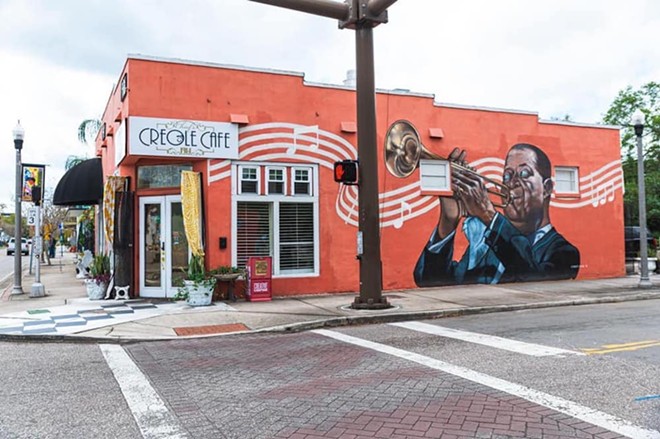 
For the first time ever, Southern restaurant  Chief's Creole Cafe—located at 901 22 St. S—is now open until 10 p.m. on Fridays and Saturdays.

And although meaty options like its spicy jambalaya and popular gumbo (packed with chicken, shrimp, crab and crawfish) are still available, Chief’s Creole Cafe recently added a variety of vegan options to its menu as well.

The Creole restaurant now offers a plant-based version of its gumbo, in addition to red beans and rice with vegan sausage, meatless meatball subs and "shrimp" po-boys on Thursdays, Fridays and Saturdays.

Elihu and Carolyn Brayboy opened the southside restaurant in 2014 in honor of his late mother, Mary Brayboy. Chief's is one of the most popular eateries in St. Pete’s historic Deuces district. According to the Weekly Challenger, the Brayboys own multiple properties throughout the district and have worked towards revitalizing the historic neighborhood, which was once the "epicenter of the Black community during the days of segregation."

Join the next St. Petersburg Black History Bike Tour ride to learn more about the city's rich African American history, where Mr. Brayboy himself shares food, as well as anecdotes of his family.


Chief's Creole Cafe is open from 11 a.m.-10 p.m. on Fridays and Saturdays, 11 a.m.-6 p.m. on Tuesdays, Wednesdays, Thursdays and Fridays and is closed on Mondays.   Reservations are recommended but not required.