It's also opening a second location in Hall on Central. 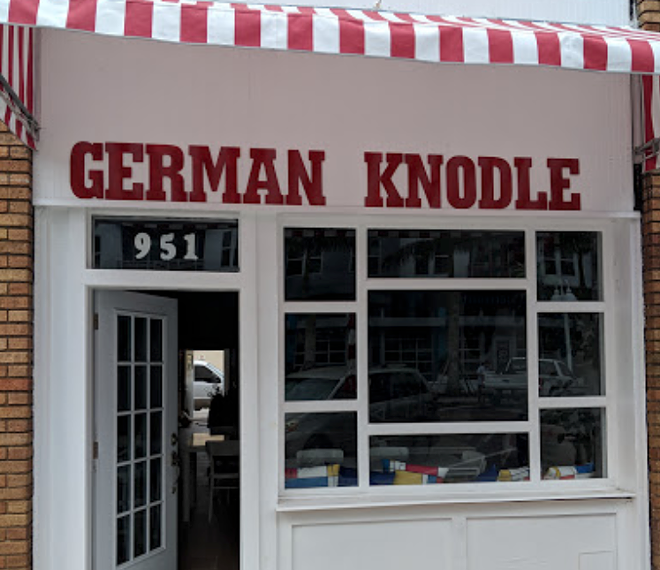 Tampa Bay restaurants have been getting more and more shine as our food scene continues to flourish.

Sitting at 951 Central Ave. in the Edge District, the restaurant serves up traditional German dishes like schnitzel, burgers, sausages, panini sandwiches, and salads, alongside boozy sips like brews and wine. After less than a year of business, the concept boasts 5 out of 5 stars with 95 reviews, most of which gush over the friendliness of the owner and the excitement of their dishes ranging from the jagerschnitzel to the vegan curry "sausage" plates.

In an interview with Tampa Bay Times, German Knödle’s owners Natasa Pavlovic and Muntaz “Tazo” Musabegovic announced they will be opening a second location within the forthcoming Hall on Central food hall which was announced last November.

Hall on Central is set to be part of the 161-room Marriott Moxy Hotel project by taking over the Furnish Me Vintage building and a surface parking lot, at 1246 Central Ave.; the property includes a 16,500-square-foot co-work space by Station House, and retail space. The tentative debut of the project's "first phase" is set for 2022.

Until then, you can see what all the excitement is about at the OG location. Hours for German Knödle are 11 a.m.-10 p.m. Tuesday through Sunday, and closed Monday.