In late January, St. Pete foodies were thrown for a loop when Babalu shut its doors at 9246 4th Street after 74 years of business.

A little over a month later, and just in time for St. Patrick's Day, restaurant industry professional Arthur Paula, has officially opened his latest project, McArthur’s Irish Pub, just a few days ahead of his March 6 projection.

Today at 5 p.m., McArthur's shifts into soft opening mode before its grand opening on Friday, March 6.

When it comes to eats, locals can expect a menu loaded with Irish fare including corned beef and cabbage, curry chips, Guinness stew and Irish soda bread. Can't seem to quite let go of Babalu? Guests can snag wings tossed in Babalu's signature sauce as a tribute to the address' old resident.

By the way, you can add another joint to your list of brunch destinations. McArthur's brunch offerings include Irish Benedict served with Guinness gravy, scotch eggs, and a “Full Irish Breakfast” loaded with bacon, sausages, eggs, black pudding, baked beans, tomatoes and mushrooms. On Sundays, the restaurant hosts live music during brunch while serving $13 bottomless mimosas. 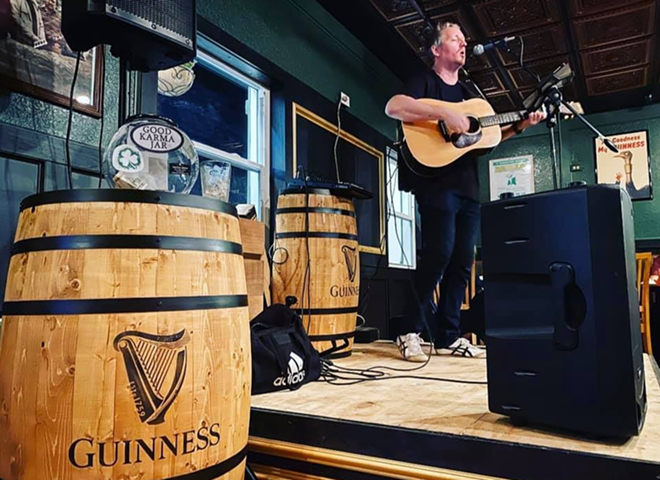