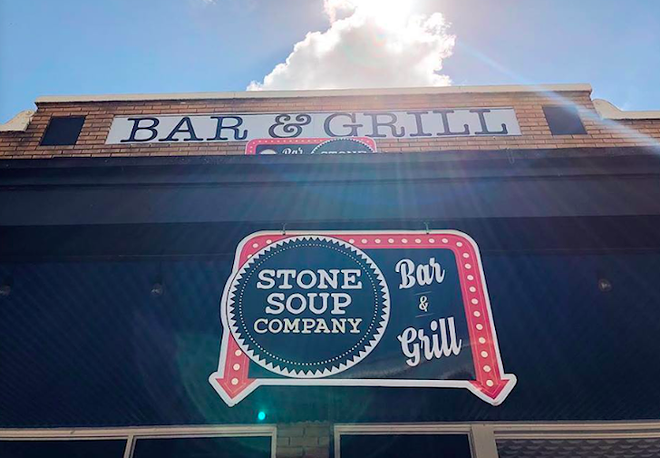 via Google Maps
While Ybor City's Stone Soup Company is still slinging hot Cuban sandwiches like it does every day, the local business has recently underwent a massive internal change.


On Nov. 28, owner and CEO Ilya Benjamin Goldberg announced that he was retiring and making Stone Soup an employee-owned business with the help of a national company called Teamshares.

A press release states that Teamshares has assisted more than 60 small businesses across 26 different states and 39 industries in their transition to become employee-owned, although the exact logistics of this transformation are still unknown. The Brooklyn-based company describes itself as “a hybrid of a software company, an education company, an investment company, and a support network."

“It allows us to retire early as we set course for the next chapter in our lives while leaving behind a legacy for our employees," Goldberg writes to his fans, family and friends. “This ensures that Stone Soup can never be sold again and will be around for many years of growth.”


Chief Communications Officer at Teamshares, Jaimen Sfetko, tells Creative Loafing that the company purchased Stone Soup in full and granted 10% of the company to its many employees. Over the next 15 to 20 years, Stone Soup's employees will own 80% of the business, at no cost to them.

Teamshares is currently undergoing the process of hiring a new president of Stone Soup Company, but a post from Linkedin.com shows that the company is no longer accepting applications for the position.

Not to be confused with St. Pete’s Stone Soup Cafe, this Best of the Bay-winning Ybor City stalwart—located at 1919 E 7th Ave.—is known for its comforting soups,  stacked Cuban sammies and philanthropic efforts.

Goldberg, an industrial engineer by trade, opened the restaurant in 2009 and quickly expanded its menu to include salads, bowls and desserts as well.


UPDATED at 3 p.m. on 12/5/2022  Goldberg didn’t technically sell his company back to employees, as Teamshares acquired the business in full and granted 10% of the company to the new employee owners at no cost to them.