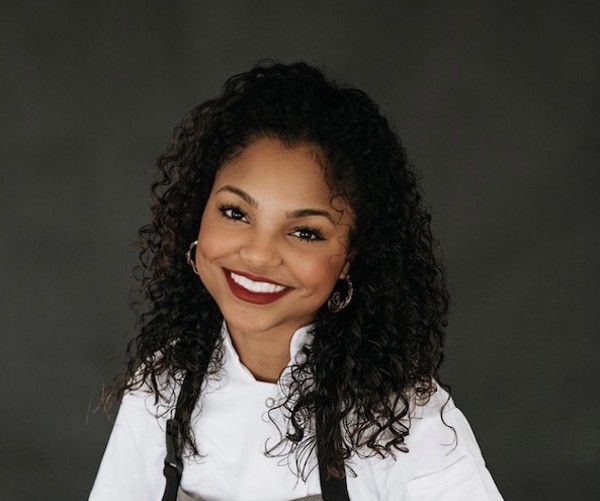 Willa's
Chef Jada Vidal has put together a holiday-themed Mediterranean spread for diners at Willa's in Tampa, Florida on Dec. 12, 2021.

Willa’s restaurant debuted just a few months ago, and is already making waves in the Tampa food scene with its house-made products and eclectic menu. Continuing its expansion and further collaboration with other Tampa-based culinary powerhouses, Willa’s—at 1700 West Fig St. in North Hyde Park—is teaming up with Jada Vidal to host the restaurant's very first chef’s dinner on Sunday, Dec.12.

The event will begin at the casual sister café Willa’s Provisions with hor d'oeuvres at 6:30 p.m. before guests eventually transition next door to Willa’s restaurant for remaining courses and dessert. One sweet treat to expect is galaktoboureko—a deconstructed custard pie with semolina baked in filo, cinnamon & citrus syrup.

Tickets start at $75, plus an additional $55 for wine, beer and spirits pairings. If you're interested in a sober dinner, you can purchase non-alcoholic pairings for only $25, and perhaps get a taste of Willa’s house made ginger beer which Creative Loafing’s food critic called “assertive and ambrosial.” Other non-boozy options include a non-alcoholic sangria, limeade and a lavender tonic—all made from scratch daily.

“We’re honored to welcome Jada into Willa’s kitchen for a special evening of food and culture,” Willa's Cofounder Merrin Jenkins said in a press release. “This will be the first of many more collaborations we plan to host featuring talented chefs and restaurants we admire.” Earlier this year, Vidal competed on Food Network’s Guy's Grocery Games and won the grand prize. The Guy Fieri-crowned champ is also a chef at Tampa’s Hotel Haya.

Tickets to Willa’s first chef’s dinner are the perfect present for your foodie friend.

Support local journalism and a small but mighty team that works tirelessly to bring you news on how coronavirus is affecting Tampa Bay and surrounding areas all while giving you the food and drink news you crave. A one time or monthly donation supports our staff. Every little bit helps. Want to know everything going on with Tampa Bay's food and drink scene? Sign up for our Bites newsletter.
Scroll to read more Food & Drink Events articles
Join the Creative Loafing Tampa Bay Press Club