We just peed a little bit. 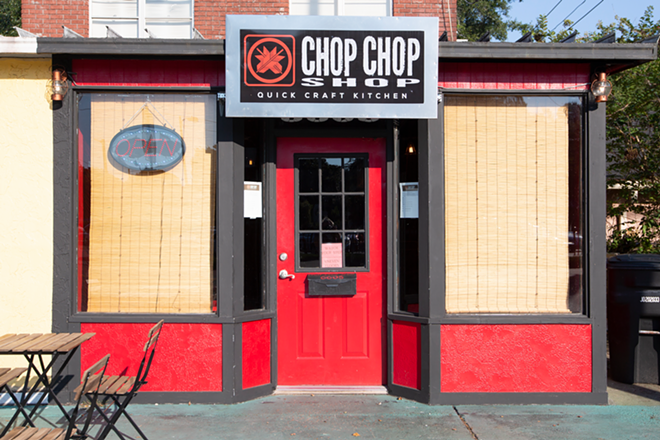 Can a restaurant break the internet à la Kim Kardashian? CL certainly thinks so, and Chop Chop Shop basically has. On Wednesday, the Tampa favorite — opened in Seminole Heights a little over three years ago — announced plans to not just take over, but also preserve, one of its neighbors: the historic Nicko's diner at 4603 N. Florida Ave.

"BIG news!" reads the Aug. 8 update posted to Chop Chop Shop's Facebook page, which had received more than 500 reactions, 130 comments and 50 shares at the time of publication. "We're happy and honored to announce the Chop Chop crew will be taking the reigns [sic] at the historic, iconic to SH/Tampa, Nicko's Diner."

According to Chop Chop Shop, Nicko's, which closed last year, will undergo some updates and improvements to fit the speedy Asian-inspired restaurant's style and operations (think lots of red and black mixed with the existing 1950s-style stainless steel and "Elvis Booth"). The iconic character of the diner, however, isn't going anywhere.

"Almost all of the original diner design elements will remain in tact [sic], and it will still feel like you're in a diner, but definitely in Chop Chop Shop," continues the Facebook post, outlining a number of highlights.

Additions to the restaurant include food runners and bussers, 50-plus seats, more than 32 parking spots on-site, beer (!), modified hours, and a revamped menu.

As for the original Chop Chop Shop location at 6605 N. Florida Ave., locals have two months to eat there before the doors close. The restaurant aims to use that space — next door to Hey Giant! — for another concept, which hasn't been unveiled yet.

Chop Chop Shop will start cooking at its new home in early October, with a formal opening date to come. Other details on the takeover of Nicko's are forthcoming as well, but what's been revealed so far is way exciting for regulars who can't get enough of the restaurant's "hand food" and bowls.