Since the closure of Tampa Heights' flagship location, Wilson has opened two more of his state-of-the-art food halls. 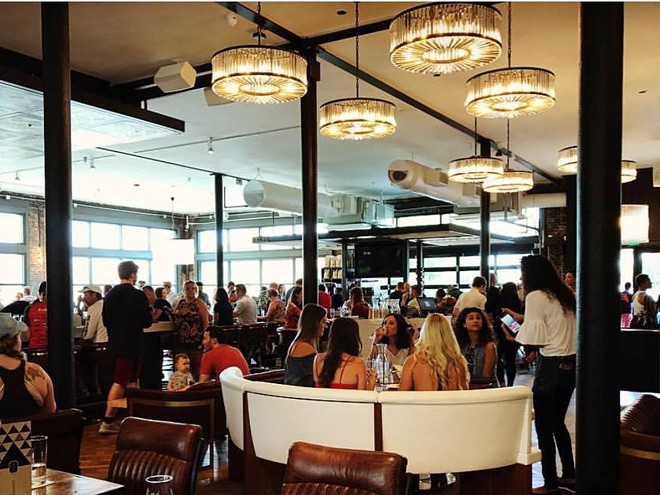 According to the Tampa Bay Business Journal, Atlanta-based decor company Ballard Design plans a move into Midtown Tampa’s The Loft building at 1191 Gramercy Ln.—the space  initially leased to what would've been called Hall at Midtown.

The furniture and decor store will move from its current location at International Plaza  to Midtown Tampa by early next year.  As of right now, there is no other upcoming location for the Hall at Midtown.

Owner Jamal Wilson, a professional basketball player-turned-entrepreneur,  is known for taking a modern approach to food halls. His multi-restaurant concepts offer a more cohesive and full service experience than guests are used to. According to @thehallmidtown's Instagram, the massive Tampa food hall was slated to open in April 2021, with no updates since last year.

Creative Loafing Tampa Bay reached out to Wilson for comment, but has yet to hear back.

In 2017, he opened his first food hall in Tampa Heights, which closed in late 2020 after facing an eviction lawsuit from the building's owners.

Before its original location closed, Midtown Tampa’s developers Bromley Companies announced that The Hall on Franklin was opening a second 8,000 square-foot location at The Loft’s ground floor, dubbed The Hall at Midtown.

Although the new development was announced over two years ago, TBBJ states that little construction was actually completed. The massive food hall was supposed to be Midtown Tampa's largest food and drink concept with more than 300 seats, a 1,200-square-foot outdoor patio, private dining room and a digital golf driving lane. Hall on Franklin reveals plans for second location at Midtown Tampa: Also in store for The Hall at Midtown is all-day service, a private dining room and a digital golf driving lane.

Since the closure of Tampa Heights' flagship location, Wilson has opened two more of his state-of-the-art food halls, the Hall on the Yard in Orlando and The Hall on Mag in New Orleans.

According to  restaurant-hospitality.com,  Wilson also has plans on opening food halls in Atlanta and St. Petersburg, as he's had his eyes set on The Burg' for a few years now.

An all-Asian food hall called Urban Hawkers was slated to open out of The Hall’s former Tampa Heights space at the end of 2021, although there have been no updates since April of this year.

Kyla Fields is the Managing Editor of Creative Loafing Tampa Bay who started their journey at CL as summer 2019 intern. They are the proud owner of a charming, sausage-shaped, four-year-old rescue mutt named Piña.
Read More about Kyla Fields
Scroll to read more Food News articles