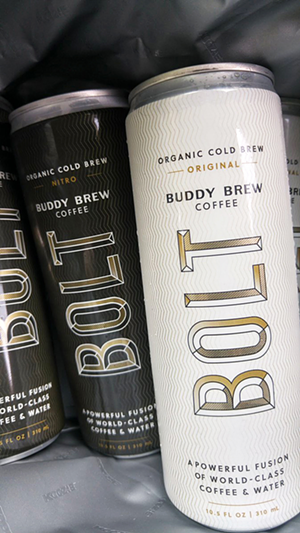 Tampa's Buddy Brew Coffee has launched an Instagram contest to celebrate the genesis of Bolt, its new certified-organic canned cold brew. The prize up for grabs from the local roaster is free cold brew for a year.

Buddy Brew has been talking about Bolt for about a year and a half, but the cans — available in either nitro or original — made their public debut last week.

Here's how to enter the contest for the chance to win a year's worth of complimentary cold brew: Participants are asked to 1) upload a photo or video about Bolt to Instagram; 2) tag @buddybrewcoffee in the post; and 3) add a couple of hashtags to the caption — #FeelTheBolt and #BuddyBrewBolt — before hitting publish.

Then, voila! The entrant with the most "real" likes is crowned the winner on June 15.