Tampa Bay holding it down for vegan dogs. 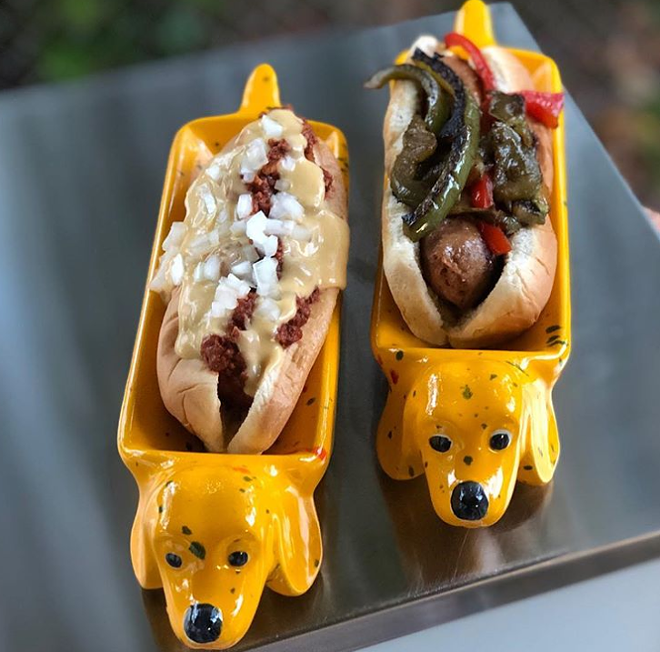 PETA recently released a list of Top 10 Vegan Hot Dogs at Restaurants and two Tampa Bay vegan joints were on the list! Although Dixie Dharma is a transplant from Orlando, we're still claiming because we need to take a quick trip to Armature Works for a fix.

Dixie Dharma made waves on the list with its Hillbilly Chili Dawgs, which consist of two vegan dogs nestled in a pretzel bun, topped with blackened onions, scallions, and za’atar and drenched in house-made Indian-spiced chili cheese sauce.

DD is known for their decadent plant-based eats that break the healthy vegan eats stereotype. Vegan comfort food, if you will.

Although semi-new to the game, Nah Dogs is holding it down. The hot dog cart ranked on the list for its "animal-friendly fare for a fair price."

Time to make a trip and see what all the hype is about. You can follow Nah Dogs on social media to find out their upcoming stops. DD is stationed at Armature Works, next door to Empamamas.