Flying Boat Brewing Co. beer will still be available at the new taproom, and will continue production there as a contract brewer. 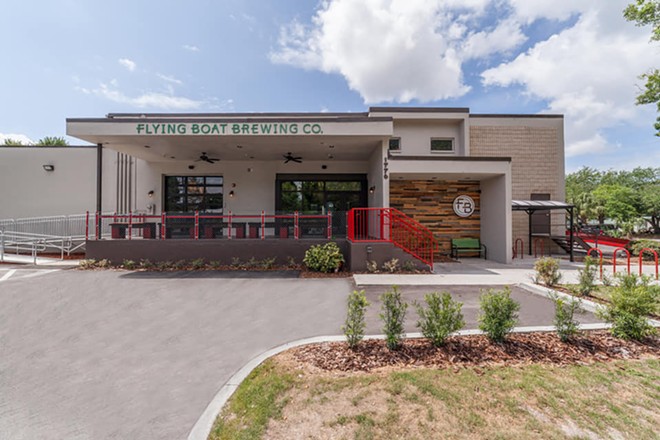 Although King State now owns the building at 1776 11th Ave. N, Flying Boat will continue to make its many beers there as a contract brewer, and several of its tap beers will stay on the Brutalist Brewing menu.  The last day at its current location will be Jan. 30, but Flying Boat Brewing Co. states that it’s currently looking for another home base in the greater Tampa Bay area.

As for fans of the brewery’s resident food truck Shiso Crispy (which was just displaced from the EDGE collective marketplace), the dumpling-slingers will now be permanently set up at St. Pete’s new mini golf bar, Par Bar.

From coffee bean roasting and distribution to creating rotating menus at its brick and mortar,  King State's latest delve into the world of local brewing marks a notable expansion since its 2014 debut.  For years, King State has been collaborating with various breweries and distributors throughout Florida and beyond to create its coveted small-batch brews.  Popular King State beers include the Hazy IPA, Green Dart, a classic German pilsner, and its sour Berliner Weisse with notes of mango, guava and blueberry.

Not much is known about Brutalist Brewing yet—besides its name. A social media account for the new multi-brewer production facility and taproom (@thebrutalist.beer) shows The Brutalist/Temple Of Beer, a brewery described as "The pinnacle of community brewing." The website, templeofbeer.com, is cryptic AF.

Besides its brews, Flying Boat also rented its production space as an event venue, but it has yet to be seen if Brutalist Brewing will offer the same service.

According to ILovetheBurg, Brutalist’s new taproom might feature a food component in addition to its in-house brews.