The Barterhouse, Ybor City's newest bar and restaurant, will open next weekend

Serving up an elevated, yet cozy, hideaway in Ybor. 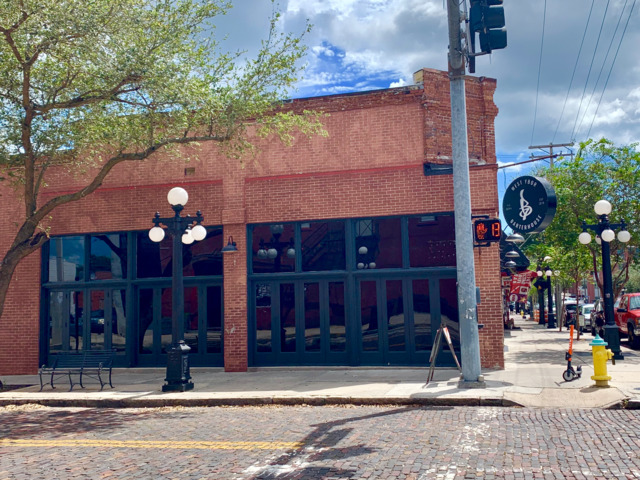 Ah, the time has come, and Barterhouse is getting ready to make its debut on Sunday, November 10 in Ybor City.

Sitting on the corner at 1811 N. 15th St., just across the street from The Attic at Rock Brothers Brewing, the upscale, yet cozy bar and restaurant is set to serve up seasonal dishes with a heavy emphasis on its cocktail program.

Partner Kenneth Emery previously told CL that the concept is paying homage to Ybor's ties with the prohibition era in both decor and drink menu (think mobsters and inventive sips).

Soon enough, locals can slide through and opt for either booth or bar seating in the lounge and bar area. Want to make it a date night? The lights will dim in the dining room starting at 10 p.m., turning the joint into strictly bar service with serious mood lighting.

Wanting to grab a meal before that liquor hits? Barterhouse's menu focuses on sustainability and highlighting the farmers who grow the ingredients being used in the kitchen, and the cooking process will be on display thanks to the open kitchen concept. So far, posted dishes from the preview dinners include Panacea Oysters, protein from Snake River Farms, and fat steaks from Brasstown Beef.

"We want the chefs and the mixologists to have their own stages, that's why the cocktail bar allows for guests to walk up and put in their order, and watch their drink be made before their eyes," Emery explained in a previous interview with CL.

For next week, Barterhouse is hosting pop-up preview dinners for invited guests, but it won't be long until the general public gets their hands on what Ybor City's lastest concept has cooking up.