Owners say they hope it can reopen with someone else in charge. 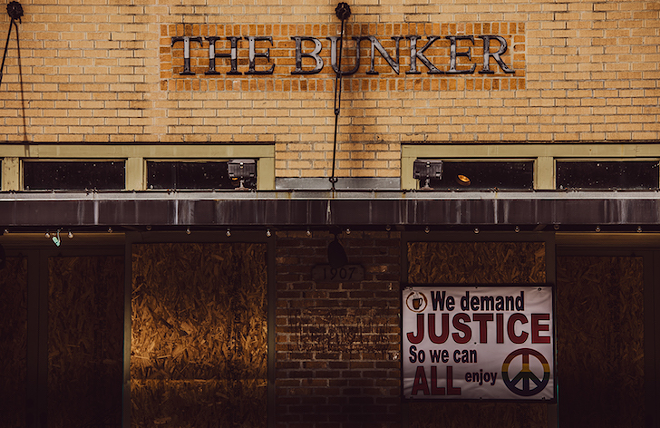 A bastion of community and culture is closing its doors after 14 years. After seeing rumors online, multiple employees confirmed the closure of The Bunker café in Ybor City to Creative Loafing Tampa Bay.

In an email to CL, owner Dale Swope said, "We have hopes that it can re-open soon, although with someone other than us in charge."

He added that he and his partners always saw the café as more of a community project for us than a for-profit business.

"Kind of a forum for the progressive conversations that have always been part of Ybor City," Swope said. Others have called The Bunker "Ybor's living room."

"This damned virus makes that kind of intimate, friendly place, supported by open mikes and local events, even more difficult than it was before, but it will take someone smarter than a couple of trial lawyers to make it work," Swope explained.

Ownership is now in talks "with people who have demonstrated a commitment to the community about just taking over, rent free and with no obligation other than to do their best."

"We are thinking there may be people who have real training in hospitality management who are now suddenly out of work who would love the chance to jump in and make it their own, perhaps with our financial support," Swope said. "The Bunker survived the Spanish Flu, the Great Depression, two world wars, and being abandoned for a decade, so I’m sure it will survive this. For now, though, we are going to let it rest."

In 2004, Swope, together with Joe Kokolakis, started restoring The Bunker building—which had been a fixture in the district since 1924—before its frame was threatened with demolition on the other side of Ybor. The frame was restored at The Bunker’s current location, 1907 N. 19th St., a block-and-a-half away from Seventh Avenue. Since 2006, it’s been home to coffee made with locally roasted beans and countless art shows and DIY concerts.

Employees told CL that unfortunately-timed repairs and the coronavirus hit the café—which is currently boarded up with a sign that says, "We demand justice so we can all enjoy peace"—hard.