Proceeds from a new greatest hits album will go toward Shriners Hospitals for Children. 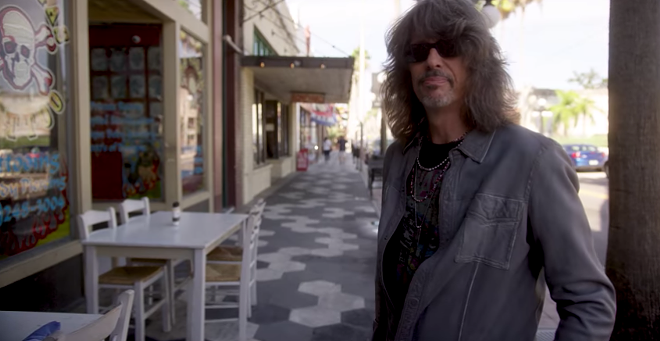 Facebook/Screengrab by CL
Kelly Hansen of Foreigner shooting a video in Ybor City, Florida in September 2018.

Most kids receiving treatment at Shriners Hospitals for Children probably have no clue who Foreigner is, but the ‘80s rock band may have just sang its way into some of those kiddos’ hearts.

Today, Foreigner, released a new video for its 1984 power ballad “I Want To Know What Love Is.” Filmed last September on location in Ybor City, the video also highlights other Tampa locales and the Shriners Children’s Hospital where lead singer Kelly Hansen runs into several obstacles that affect some Shriner’s patients every day (Hansen also drops his Blind Tiger coffee at some point, which makes us sad).

The special recording of the song features a choir of Shriners kids who also appear in the clip, and all proceeds from sales of The Greatest Hits of Foreigner Live In Concert will go toward Shriners Hospitals for Children.

See the video below, and learn more via ShowThemLove.org.