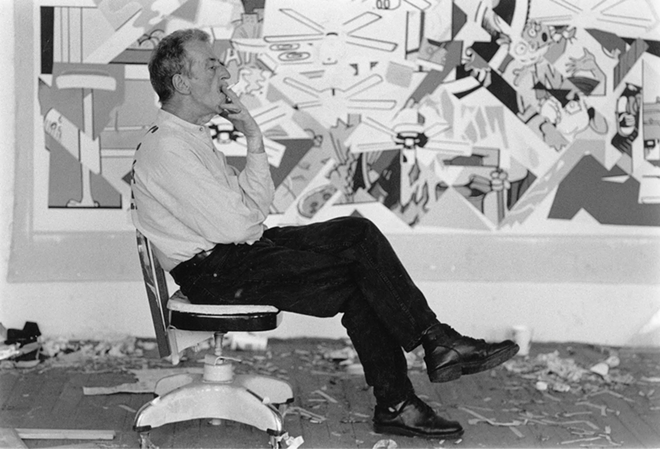 It doesn’t have to untz-untz-untz to be fit for the club, and Tampa Bay is never short on parties where DJs and producers play selector or their own original material. See the best club and DJ shows coming to the area below.

Theo’s Inferno w/DJ Gabe Echazabal If the phrase “Doink Party” makes you pine for the golden age of Ybor City, then you might want to make your way to St. Petersburg on Friday when CL correspondent Gabe Echazabal spins tunes that would’ve gotten the seal of approval from late Cigar City art guardian, painter and master printer Theo Wujick (pictured above), whose life and work are being celebrated at St. Petersburg’s Museum of Fine Arts as part of a special exhibition, “Theo Wujcik: Cantos.” A release says that the evening will kick off with a viewing of the exhibition, which focuses on Wujcik’s long-term series of paintings inspired by Italian poet Dante Alighieri’s Inferno and the first part of his epic poem Divine Comedy. Fri. May 17. 7 p.m.. $30-$45. Museum of Fine Arts, St. Petersburg. mfastpete.org.

Fred Everything w/Jask/Coro/Lyndon Uy He may be from Canada, but Fred Everything knows his way around the best clubs in the U.S.. On Friday the house music lifer links up with Tampa Bay’s own L8 Night Flights crew as it steps out of its home base at St. Petersburg’s Station House to stage a Tampa event at The Kennedy. Expect electro all colored with 80s disco, dub rhythms and a touch of Euro-resort city flair. Fri. May 17. 10 p.m.. $15-$20. The Kennedy, Tampa. thekennedysoho.com.

Agua w/Betty Dawl/JXPVTTY Jordan Patrick (aka JXPVTTY, who was on the cover of last week’s print issue) joins his Trapfone bandmate Betty Dawl as they play selectors for a Station House art show featuring the work of Sam E Hues (a multidisciplinary artist who is also set to release a new album of hip-hop over the summer) as well as Tampa photographer Ivana Cajina whose stunning landscape work fits nicely alongside her portrait work featuring some of the most interesting faces in Tampa Bay’s creative community. Sat. May 18, 7 p.m.. No cover. Station House, St. Petersburg. INFO.