This will be the boys’ first ever show in Tampa. 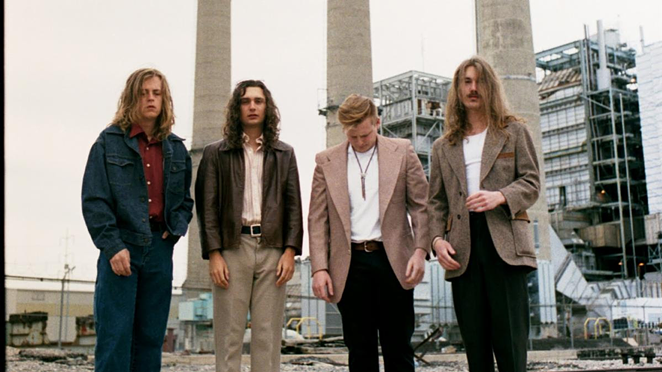 Salt Lake City’s new favorite sons, The Backseat Lovers, are headed to Tampa for an Oct. 29 concert at Crowbar in Ybor City.

The alt-rock quartet has only been together since the summer of 2018, yet has already accumulated over 55 million streams on Spotify for its debut album When We Were Friends. Formed while frontman Josh Harmon and guitarist Jonas Swanson were fresh out of high school, the boys have been meaning to get on the road for a few months now—even having posted a tour teaser poster to Facebook.

It appears that The Backseat Lovers are comfortable enough to finally commit to their touring plans, because the “Kilby Girl” kids recently announced what appears to be the band’s first full cross-country, tour.

Tickets to see The Backseat Lovers at Crowbar in Ybor City, Florida on Oct. 29 are on sale now and start at $15.

Other Florida stops on the run include Orlando (Oct. 28 at The Social) and Jacksonville (Oct. 30 at Jack Rabbits), but the band is also booked at Lollapalooza, Austin City Limits Festival, and the Life is Beautiful Music & Art Festival, all in the same year. Not to mention a headlining show at the Troubadour in September. The freakin’ Troubadour!