It's last show in Tampa Bay was on election night 2016. 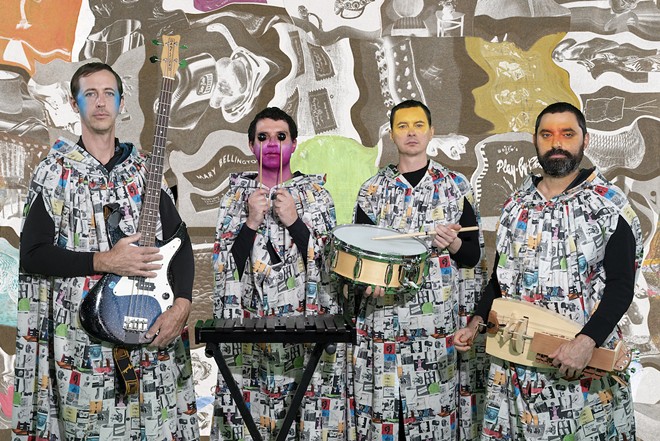 Members of the experimental indie-rock outfit all spent years since working on solo stuff, but they’ve all come together for a St. Petersburg tour stop at Jannus Live on Thursday, July 7, that reflects “on their two-decade career so far, and what surprises lie ahead.”
That career is like a vast ocean that spans 11 albums, including fan favorites (Merriweather Post Pavilion, 2007), electro-driven outings (Centipede Hz, 2012) and a brand new LP, Time Skiffs released in February, where Animal Collective flirts with more polished vocals and harmonies en route to turning in one of its most jam-band and chilled-out recordings to date.