At Straz Center, Ashley Smith & the Random Occurrence will play its 'most monumental' show ever 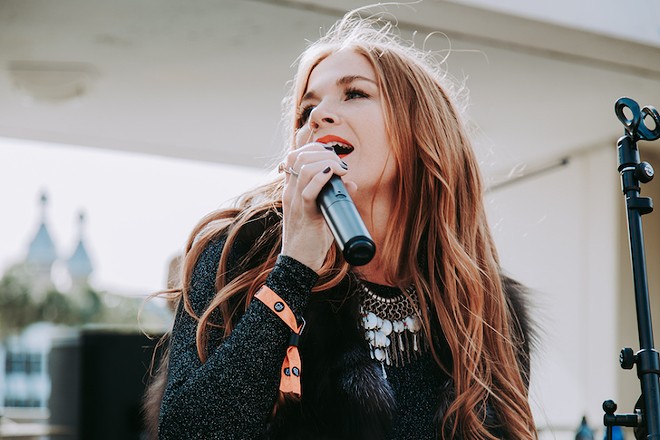 Ashley Smith & the Random Occurrence / Photo by Kelsey Walker
After dominating stages at Gasparilla Music Festival and Rock the Park Tampa, Ashley Smith is taking her band to its biggest downtown Tampa stage yet. Online, Smith called the gig where Kristopher James and Josh Higgins open, the band's "most monumental" show to date.

For the last half-decade, Smith and her band have been steadfast and forceful purveyors of soulful Americana where the songwriter's powerhouse vocal steals the show.

Tickets to see Ashley Smith & the Random Occurrence play Ferguson Hall at the David A. Straz Center on Saturday, Jan. 21 are still available and start at $46.75.