It's Joel's first stop in the area since January 2016. 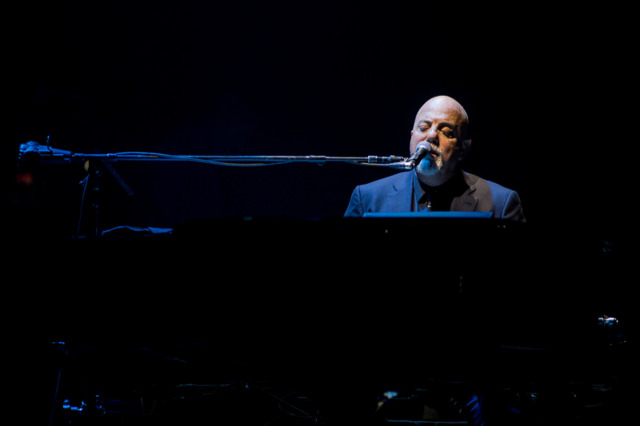 It's been almost two years since his last show in the very same room, but Billy Joel, the man with mountains of hits, is headed back to Amalie Arena on February 9.

The venue announced the show this morning and added that tickets will go on sale Friday, October 27 at 10 a.m. A pre-sale for American Express card members starts at 10 a.m. on October 3.

In his review, Gabe Echazabal described the show like this:

Performing without the aid of an opening act, Billy Joel and his superb backing band hit the stage shortly after the scheduled start time. Joel took his place at a grand piano situated atop a revolving pedestal at center stage and without further ado, kicked things off in fine if unorthodox style, opening with an early number from his 1976 Turnstiles album, "Miami 2017 (Seen The Lights Go Out On Broadway)." A favorite among his most loyal fans, sadly, the slowly-building rocker seemed to go over the heads of the rest in attendance. In fact, the usual concert proceedings — anxious attendees leaping to their feet when the headliner makes his entrance, cheering loudly once he launches into the first number — was curiously absent on this night; most attendees occupying the floor remained seated despite the grandiose opening and gorgeous montage of New York City snapshots playing across the massive video screens. It took the more familiar opening strains of "My Life" — the next selection on the setlist — to get them stirring.

Read the rest of the review here.