The show is on Saturday in Ybor City. 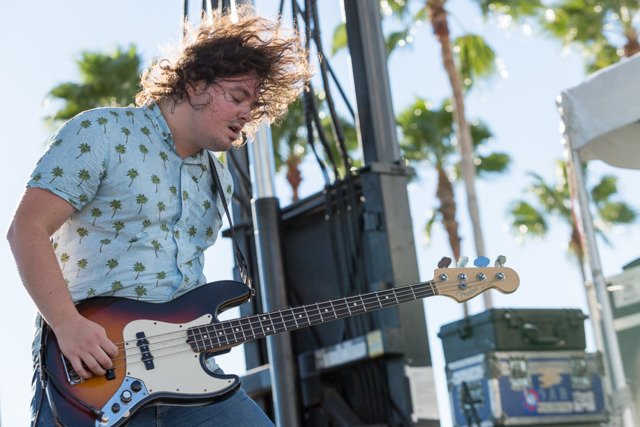 Photo by Tracy May
Born Ruffians, which plays Orpheum in Ybor City, Florida on November 9, 2019.

Two indie-rock bands that’ve dominated audiences from around the globe come to town this weekend when Canada’s Born Ruffians (touring behind last year’s Uncle, Duke & The Chief) shares the stage with Last Dinosaurs who reign from Australia, but use their Japanese heritage as a focal point in their songwriting. Last Dinosaurs' sound is reminiscent of of upbeat mid-2000s indie-pop acts like Tokyo Police Club and Two Door Cinema Club, so get your dancing shoes on deck.

Kyla Fields is the Managing Editor of Creative Loafing Tampa Bay who started their journey at CL as summer 2019 intern. They are the proud owner of a charming, sausage-shaped, four-year-old rescue mutt named Piña.
Scroll to read more Show Previews articles