The show was at USF Tampa this weekend. 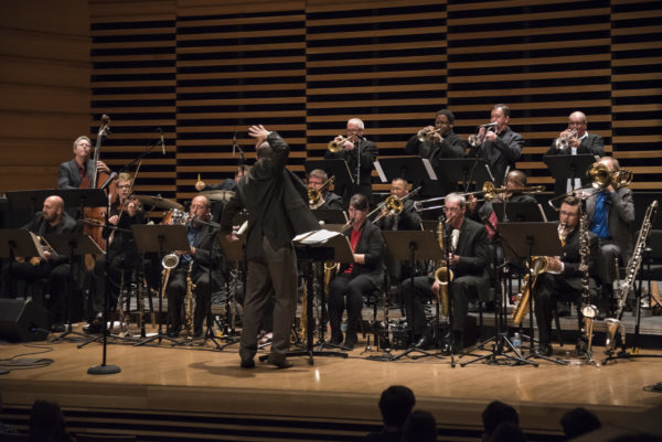 That was supposed to change this weekend when the Surge—including Sara Caswell (Grammy nominee for “Best Jazz Solo”), Frank Greene, Clay Jenkins, Corey Christiansen, Danny Gottlieb, et al.—got back together to celebrate 25 years of bandom.

Until, novel coronavirus ruined nine months of preparation from Owen and the band.

In a statement on social media, Owen said is, "So incredibly disappointed to share with you that the USF Jazz Alumni Reunion and the Jazz Surge concert Saturday evening have fallen victim to corona virus concerns as USF cancelled all events on campus for the next 30 days. 9 months of work . . . . phphhtt!"

"Much more importantly, was SOOOO looking forward to reuniting with former students and the incredible musicians that make up the Jazz Surge," he added. "Trying to adopt a little of the determination and ability to look to the future found in this wonderful sculpture by Penny Hardy. . . . . . . but it's pretty hard right now!

The gig was supposed to be the first salvo of what Owens still hopes is a year-long celebration, and the performance was supposed to feature a wide swath of material from four to six of the band’s releases as well new stuff.