Aesop Rock is the stuff of legend. With an underground hip-hop career spanning 20 years, the man's vocal style, practically unmatched lexicon and verbose lyrical content have become a staple of the scene, while his performances add a high level of passion to his rhyme-slung communication of ideas, thoughts and observations. He definitely delivered on translating his album's meticulous sounds to a rather fine live experience this past Friday night at State Theatre. [Word by Brian R., photos by Brian M.]

The sheer number of belligerent (if not oddly charming) drunkards and fans who'd pre-gamed so hard they were confusing human beings with nearby walls was a bit jarring, but it didn't seem to hinder the evening's festivities, just made for interesting people-watching and kind of put who you'd expect to find at such a show in perspective, when you considered the hazy but alcohol-free legacy of Aesop Rock.

Homeboy Sandman warmed the evening with a concise, mixed-bag half-hour set. His performance was spotty in intensity, often wavering between poetry slam-style vocal qualities and rapid-fire rhyme explosions filled with lyrical conceit. Tracks like "America the Beautiful" came off as topically tone-deaf, considering the explosion of violence that happened this past week and the tensions it stirred up, the rest of the song selection seemed incongruous as well, with many tracks that wore on the nerves and a set closer "God," that may well have been one of the most awkward endings I've seen, not because of the song's content or his endorsement of his faith, but because of its heavily introspective vibe and mellow backbeat, which just didn't work here. 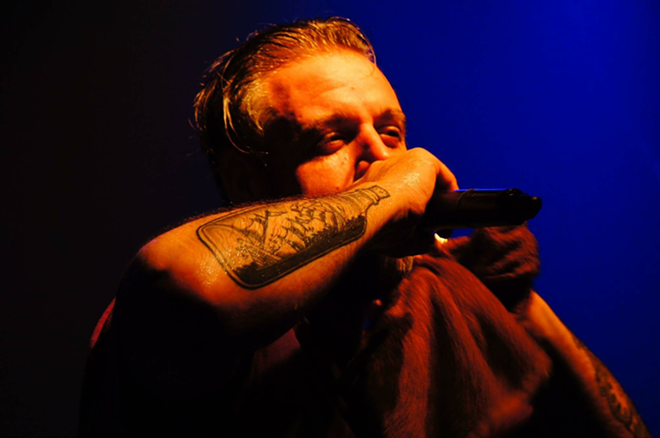 Very shortly after, Aesop and Rob Sonic blitzed the stage and immediately launched into tracks off latest album The Impossible Kid, getting a massive wave of fists in the air with its most recognizable single, "Rings." It was clear Aesop's erudite lyrical passages haven't lost anything in their live translation, his carefully crafted syntax fused over a sublime rhythmic showcase enhanced by DJ Zone's incredible turntable talent, lending weight to quieter and more reserved tracks like "Blood Sandwich."

The rest of the show proceeded with a finesse and energy that you'd expect from an artist who's spent so long working his craft and the scene, and a few comedic interludes between Aesop and Rob Sonic aside, the show ran for nearly two hours uninterrupted, showcasing a bevy of Aesop tracks from the entirety of his career. "None Shall Pass" -- the title track off his 2007 fifth LP -- rounded out Aesop's set, before he returned to deliver the encore with Homeboy Sandman. Which was certainly unexpected. It was clear, as the dust settled from the show, that there's more to Aesop Rock than literate lyrical chops and syntax command; it's the measures he often takes to get a good laugh in the midst of his verbosity, or at least lighten the severity of some of his existential woes through careful and intelligent writing. There were numerous occasions that a quick and witty one-liner had half the place in stitches. His distinctive, personal airing of knowledge, of experience, of depression and struggle in nearly every song that feels as if Aesop is on a crusade to infuse some much-needed maturity to the realm of hip-hop, which seems to balance the fluffy, thought-less mainstream productions that have dominated the airwaves for far too long.

Did I mention he called us "the most beautiful audience in all of Florida?" Congrats, St. Pete, you're beautiful, and if Aesop Rock said it, then it must be true. 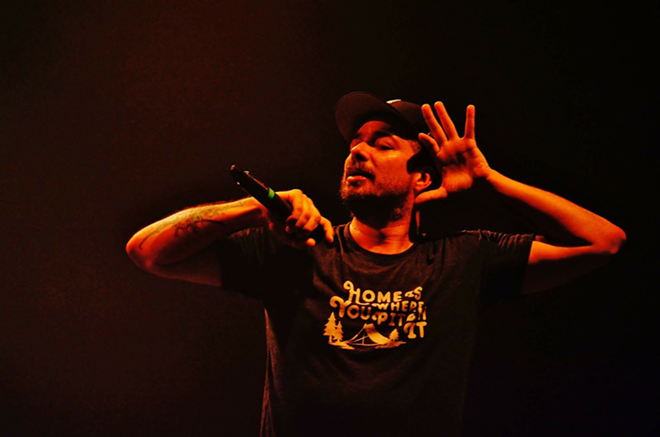