Have you seen it lately? 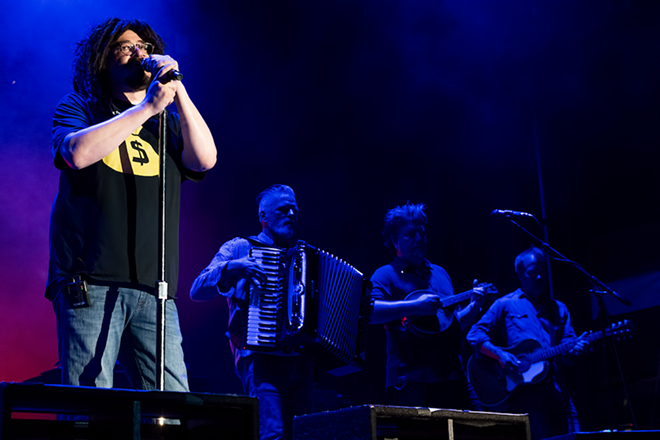 Photo by Chris Rodriguez
Counting Crows
Adam Duritz is gonna have to step away from the kitchen and his Instagram cooking show for a little while, because Counting Crows, his band for 30 years, is getting ready to perform a brief run of shows in Florida to promote its latest EP, Butter Miracle, Suite One. The first date takes place at Tampa’s Seminole Hard Rock Events Center on Tuesday, April 26.

Tickets to see Counting Crows at the Seminole Hard Rock Tampa Events Center go on sale to the general public this Friday, and start at $60.

The band—which made Shrek 2 a million times better than it already is by giving us “Accidentally in Love,”—is not a stranger to Tampa Bay. The last the band was in the area was during an appearance at Al Lang Stadium, alongside Boom Forest. As of right now, there’s no opening act for the Hard Rock show, but perhaps instead, we’ll get a sneak peek at Butter Miracle, Suite Two or a potential album. Assuming that either actually happen, that is.