The shows happen in February, March and April. 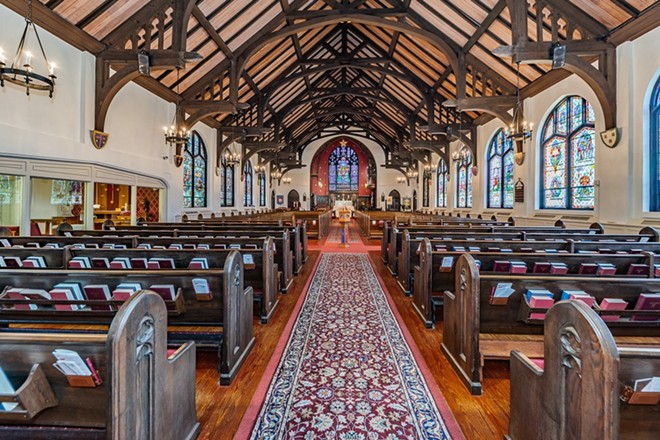 The historic Episcopal church (rare for downtown Clearwater these days, we know!) was built in 1925 and an icon of Florida Gothic architecture, complete with stunning stained glass windows.

$25
TFO assistant conductor Chelsea Gallo wields the baton for the first two concerts where the small ensemble—roughly 16 musicians playing strings, woodwinds, brass, harp and percussion—will take on a Julian Yu arrangement of Modest Mussorgsky’s 1874 piano suite “Pictures at an Exhibition,” plus one of Beethoven’s greatest hits, septet for “Winds and Strings in E-flat major.”

If you’re sure to burst into flames when you step into a church, TFO is staging the same exact programming at St. Petersburg’s Palladium Theater on Feb. 11, March 12 and April 22.